Brexit: the Creative Industries Federation has published a report calling for the UK's art, design and cultural industries to be put "at the heart of government thinking" as the nation prepares to leave the European Union.

The 76-page Brexit Report is intended to put pressure on the UK government to consider the needs of its fastest growing economic sector in any Brexit negotiations.

Billed as an "interim report of red-line issues and recommendations", it highlights both the opportunities and the dangers of changing the country's relationship with the EU.

It also calls for both short-term, medium-term and long-term solutions, ranging from ease of movement between EU countries for time-limited activities, to new apprenticeship and technical education policies.

"It has taken two decades and more to turn our creative industries from an afterthought to a key driver of wealth and global success," said designer John Sorrell, who founded the Creative Industries Federation.

"To imperil that would be to imperil our wider economy. That is why we need to be at the heart of the new government's industrial strategy and negotiating priorities in coming months."

The Brexit Report builds on many of the themes raised by the Brexit Design Manifesto – a project organised by Dezeen to highlight the cultural and economic importance of the UK's design sector and how it can help the UK thrive in the future.

It was put together based from feedback from over 500 contributors – spanning art, design, theatre, film, television, music, fashion, heritage and more.

One of the suggestions of the report is to create an upgraded visa system that prioritises world-class talent over high salaries.

"As one of the UK's leading architectural practices, we employ some of the most talented people in the world to work at our offices in London and Hong Kong," said architect and Wilkinson Eyre founder Jim Eyre, who was one of the consultees.

"Architecture, like other creative industries, is a collaborative process," he said. 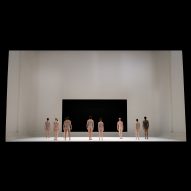 "It is vital to our work that we continue to have the ability to employ the most creative people in our sector – regardless of their country of origin. The coming together of different cultures and backgrounds enhances our creativity, encourages innovation and strengthens our ability to compete in a global market."

The report also calls for the government to confirm that EU nationals currently employed in the UK will be able to stay, and to continue to strengthen the links between higher education and creative industry employers.

"One of the most important aspects of EU membership for the fashion industry is the access it gives us to a unique talent pool," said British Fashion Council chief executive Caroline Rush, who was also consulted by the federation.

"Although home-grown talent is always encouraged and supported, the ability for international workers to be educated in the UK and to start businesses here gives us access to skills that are scarce, or in some cases no longer available in the UK workforce. This is essential to maintaining our enviable reputation as a global fashion hub."

Other recommendations include an audit of existing EU funding to identify streams that need to be replaced, a funding boost for education and training to cover skills shortages, and a commitment to uphold intellectual property rights.

"The creative industries are a massive opportunity for the UK government," said John Kampfner, chief executive of the Creative Industries Federation. "The challenge is to seize the opportunity sectors in the British economy, and prioritise them in future trade deals and in the new industrial strategy."

“This is the fastest growing sector of the UK economy and includes all the things that Britain is famous for – from our music to our films, television and heritage," he continued.

"We want to work with government to safeguard the jobs, the revenues and the prestige the creative sector offers." 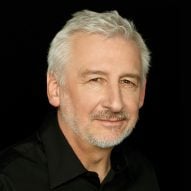 We are now compiling evidence for a submission to the Culture, Media and Sport Select Committee inquiry into the impact of Brexit on the creative industries.