The Brexit Design Manifesto has now been signed by more than 225 supporters since its launch 12 days ago, with the latest additions including architects Adjaye, Farrell and Asif Khan, fashion designer Roksanda Illincic, artist Shrigley and set designer Devlin.

London architecture studios Grimshaw and Sheppard Robson have signed collectively, while the Manchester Society of Architects – one the UK's biggest architecture bodies with over 3,000 members – has endorsed the manifesto.

The Brexit Design Manifesto is a message to the government about the importance of the design and architecture sector to the UK and how can shape the UK as a cultural and economic force. It also outlines what the government must do to enable this after Brexit. 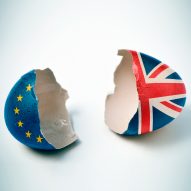 Marc Newson has also signed, alongside Patrik Schumacher – one of the few architects that has publicly backed Brexit.

In the run up to the EU referendum in June, 96 per cent of members of the Creative Industries Federation – a lobbying organisation set up by London Design festival founder John Sorrell – said they would vote to remain, and a large number of architects and designers have since expressed concern about the implications of Brexit.

The Brexit Design Manifesto is a grass-roots project coordinated and produced by Dezeen. It was created after designers and architects that attended Dezeen's Brexit design summit in June outlined the need for a collective statement about the economic and cultural importance of design to present to the government.

Design and architecture represent a significant portion of the creative industries, which generate almost £10 million per hour for the UK's economy. According to the Design Council, the design economy is responsible for more than 1.1 million jobs across the country.

All design and architecture professionals and those in related roles that are either from or based in the UK are eligible to sign the manifesto. 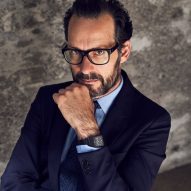 The manifesto launched with a live-streamed event at Somerset House on 14 September, with the aim of gathering support from the sector before presenting it to the government. The video is still available to watch on Facebook.

Since then, government officials have been in touch with Dezeen to discuss the next steps for the document and how to further engage with the design and architecture sector when it comes to formulating policy around Brexit.

Read the full manifesto, see the full list of signatories and find out how to add your name »