A+Awards: next in our showcase of this year's Architizer A+Awards winners is a wooden artist's retreat on Vancouver Island by Toronto firm Agathom.

Named Rainforest Retreat, the small property is nestled among trees on the island off the British Columbia coast.

It acts as both a home and art studio for its owner, who asked Toronto firm Agathom to create a simple building with a small footprint and plentiful natural light.

"Great effort was taken to minimise the building's impact on the site, resulting in a long, slim structure," said the architects.

"By slightly twisting two main blocks of the plan, and overlapping these shapes, a building modest in area is ever expansive and full of unexpected depth."

Locally milled fir and cedar were used to construct and clad the cabin, which contains a kitchen, a living area-cum-art studio, one bathroom, one bedroom and a private deck.

The timber ceiling beams are left exposed across the interior, where the wood also forms countertops, storage units and other furniture items.

Walls are painted white to add to the airy feel created by large windows and tall ceiling heights.

"Being set in the shade of trees, all that was required for cooling was operable windows at low and high reaches creating constant fresh air movement," said Agathom.

For gloomy days, custom lighting was designed to gently illuminate the spaces and create a soft glow visible from the forest beyond.

Rainforest Retreat was a Popular Choice winner in the Private House XS category at this year's A+Awards.

Their stated mission is to nurture the appreciation of meaningful architecture in the world and champion its potential for a positive impact on everyday life. Find out more about the A+Awards » 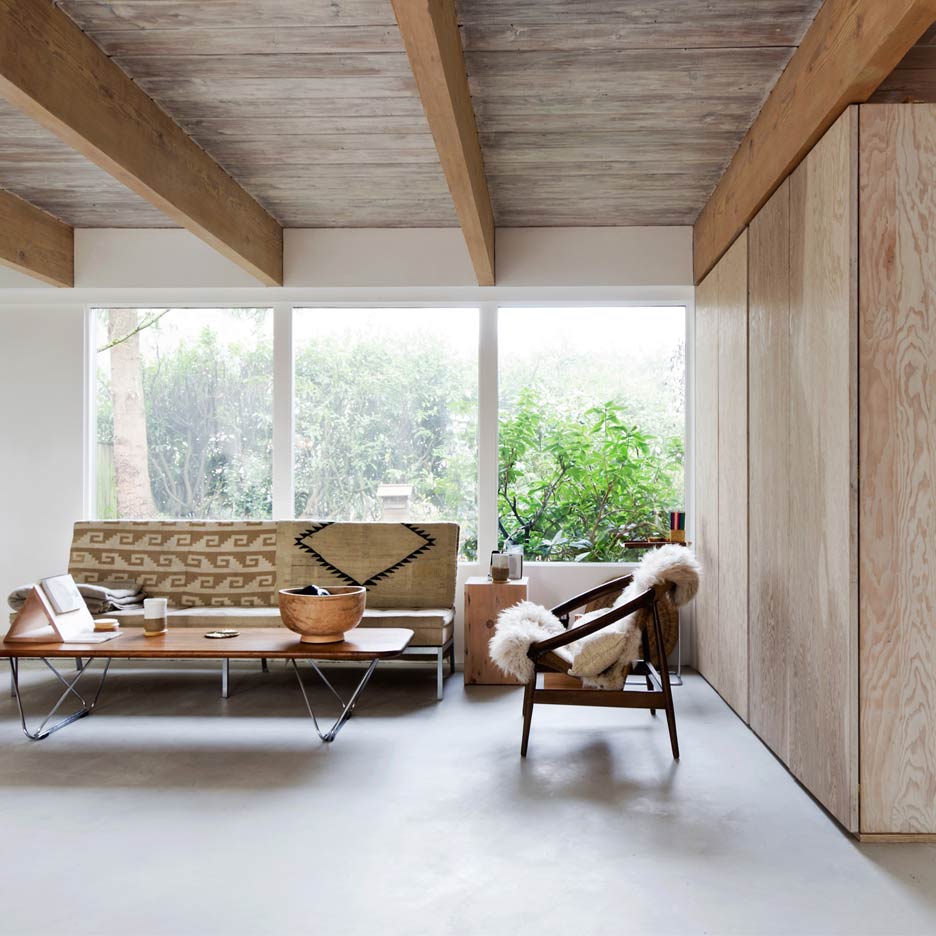 Entries are now being accepted for the next A+Awards. Enter the 2017 A+Awards »

Photography is by Steven Evans.