Fluted stone panels form a frame around a huge window in the facade of this building designed by Walters & Cohen Architects for the American School in London.

Walters & Cohen Architects won an invited competition to design the arts building at the school's campus in the St John's Wood area of north London.

The stone surfaces feature a fluted decoration that adds a subtle relief pattern to the facades. When the sun shines on the surfaces at certain angles the pattern of light and shadow appears pronounced, while at other times it is almost indiscernible.

Eight middle- and high-school art studios with flexible layouts are housed within the plan, along with an exhibition and meeting area, and a covered outdoor space for the community.

The building's location within a conservation area prompted the architects to develop a proposal that is sympathetic to its context, and references the scale of the neighbouring buildings.

"Taking its cue from the mass and footprint of the listed, semi-detached villas on the site adjacent, the four-storey building is designed to resemble a single large property," said the architects.

In addition to identifying proportions appropriate to its context, the architects sought to determine a suitable materiality for the external facades that would lend the building a sense of gravitas while also giving it a contemporary character.

Following an investigation into the possibilities of materials including recycled glass, stucco and marble, the architects settled on stone as the best option.

"Stone was considered the most appropriate material on account of its elegance and traditional qualities," they said. "The resulting facade is a unique piece of design that draws on the timeless quality of stone, expressed in a truly contemporary manner."

Much of the front facade is occupied by full-height windows that ensure plenty of natural light pours into the ground-floor exhibition space and the studios on the upper storeys.

A concrete frame creates long spans that allow for column-free rooms on each level. The lack of obstacles enables daylight to permeate deep into the building, and facilitates flexible workspaces that can be arranged to suit the needs of the students. 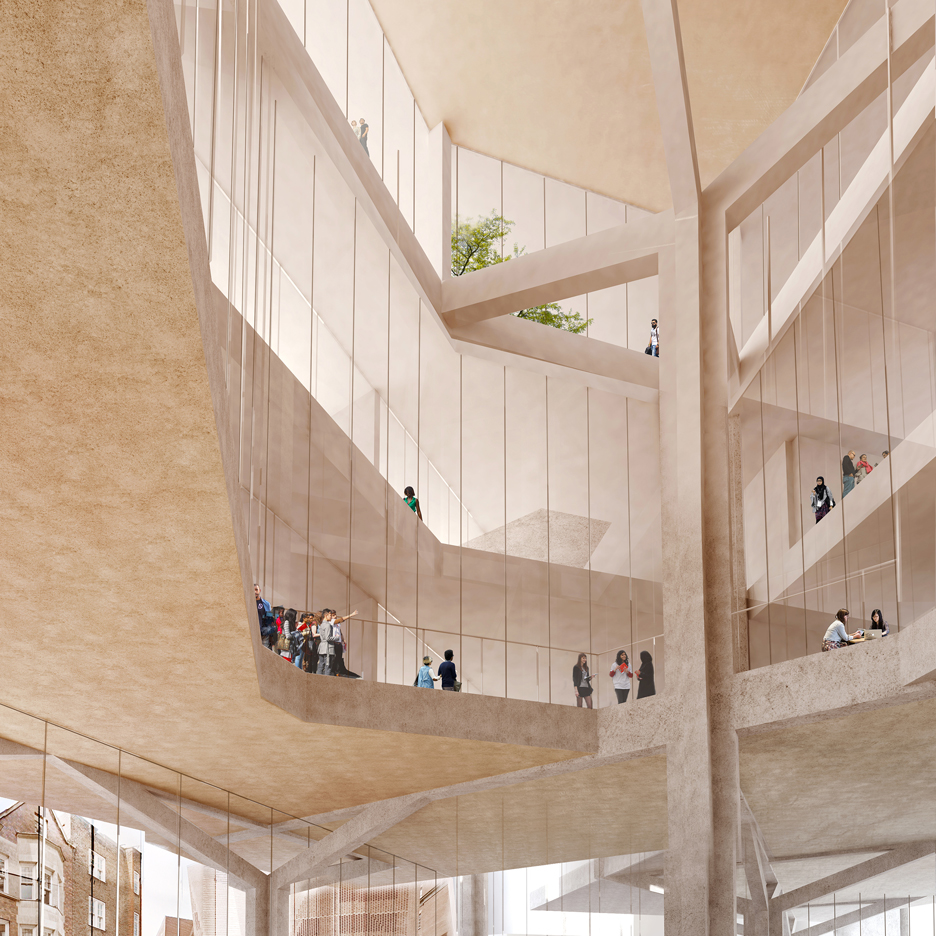