An obsession with cities has masked profound changes in rural America that helped Donald Trump sweep to victory in the US presidential election, according to architect Rem Koolhaas.

"I'm not saying that Trump was inevitable but the scale of upheaval in the centre of America made it very understandable for me that something else was going to happen," the founder of OMA told Dezeen.

"I was not completely surprised when Trump won."

The Dutch architect also attacked the "complacency" of Silicon Valley firms, who have for years preached the benefits of disruption.

"For me, one of the very good things about Trump [winning] is that it really discredits the whole Silicon Valley complacency, language and culture," he said, speaking exclusively to Dezeen in Miami last week.

"Every single Silicon Valley company contributed to making 'disrupt' a fashionable word, and they are now moaning about the disruption of this election."

Google and Facebook have recently been blamed for helping the spread of "fake news" that some believe helped sway the result of the presidential election.

Radical transformation of the countryside has gone unnoticed

Koolhaas, who was in Florida for the opening of a trio of Miami Beach buildings designed by OMA's New York office, has spent the last two and a half years researching changing conditions in rural areas of both the US and Russia.

Koolhaas said that changes taking place in the countryside are now more profound than those in urban areas, but that nobody has noticed.

"In the last 10-15 years we have almost exclusively looked at cities," he said, pointing out that since publication of statistics showing that more than 50 per cent of humanity now lives in cities, "90 or even 99 percent" of intellectual activity is focused on urban issues.

"If you look at all the analysis, all the books, all the vast majority are about the city," he said.

"This focus has made us blind to what is happening in the countryside," he added. "I really believe that transformation is more radical and also more essential to understand."

Mega-architecture and robots are transforming the countryside

Dramatic changes taking place outside cities include the robotisation of both agricultural and industrial production, which is reducing the need for human labour.

"Agriculture in America is more and more concentrated on a central belt that runs from the south to the north," said Koolhaas. "And there is a kind of seasonal operation where larger and larger machines that are used for harvesting are so big that no individual farmer can actually own one. They become like armada of machinery that that is so expensive that it has to function 24 hours a day."

"That is concentrating a large percentage of all the production in America in a central zone. So it is in our view no so coincidence that that is where the Trump voters were voting."

On top of this, a new form of mega-architecture is starting to creep into the countryside to house the server farms, distribution warehouses and factories that require almost no human labour and which are too big to fit in cities, he explained.

"What we have discovered in America is an enormous impact of Silicon Valley in terms of how its infrastructure reaches a scale which simply cannot be fitted into cities any more so it has to be fitted to the countryside," said the architect. 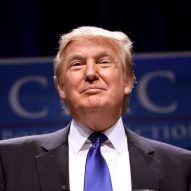 "For instance in Nevada there is now huge concentrations of server farms, fulfilment centres, battery factories and all of that is reaching the scale of a city but it will never have the density of the city."

"So I have the sense that there is new condition emerging which is probably highly automated, highly robotised entities that are supporting this digital revolution, that requires fewer and fewer people. So I think that that in itself very interesting architectural typology which we haven't seen so far."

"This is leading to new types of architecture that are designed for robots rather than humans," he continued.

"The issue of automation clearly already has an enormous impact. In architecture there's simply no awareness that in the near future we may have to plan buildings for machines rather than for human beings. I don't know what that could be, because for machines you don't need handicapped access, you can be harsh. It will have an effect on everything."

Koolhaas gave the example of Amazon warehouses, which are getting bigger and bigger but require fewer and fewer workers. "You probably have no idea of the number, the scale, the constantly increasing scale," he said. "And also how they are not so much looking for cheaper workers but actually becoming institutions without workers."

During the election, Trump made much of the fact that American factory jobs were being lost to overseas competitors, promising to end free-trade deals that made this possible.

However a report published last year by the Center for Business and Economic Research at Ball State University found that 85 percent of the 5.6 million manufacturing jobs lost in the USA between 2000 and 2010 were due to automation rather than offshoring.

Koolhaas also spoke out about Brexit, saying it was "really inexplicable" that the UK's largely pro-European youth failed to turn out to vote.

"It's really criminal I would say, because they let it happen. It wouldn't have happened if they had voted," he said.

"What is so bad about Brexit is that it's also undermining Europe. So there may be no Europe to go back to."

Koolhaas, 72, is one of the world's most influential architects and ranks at number 12 on the 2016 Dezeen Hot List. 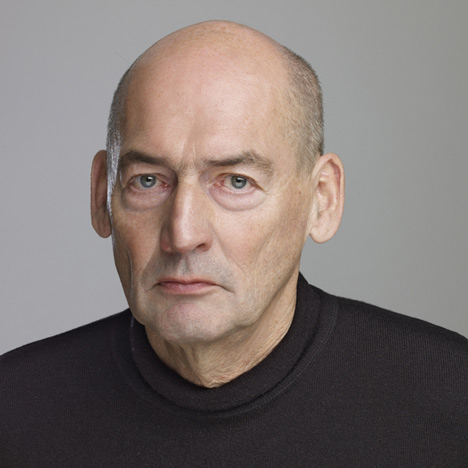