After appearing in trainers and high-end furniture, 3D-knitting has arrived at IKEA in the form of its PS 2017 armchair.

Created for the Swedish furniture giant's experimental PS collection, the chair has a mesh back and sides stretched across a powder-coated steel frame.

The lightweight chair is produced through a digital knitting process most commonly associated with Nike's Flyknit, which was first used on the company's footwear in 2012.

3D-knitting uses computer-controlled machines to knit fibres into complex, seamless shapes based on a digital design. The technique was originally developed in the garment industry but is gradually finding a new role in the world of furniture.

Swedish designer Jonas Forsman used it to create a folding chair for Moooi, and Benjamin Hubert's studio Layer a lounge chair for Moroso. Both applications created stretchy backrests, designed to recall the comfort of stretching back in a hammock.

The PS 2017 armchair was created by in-house designer Sarah Fager, who described the technique as one that was particularly suited to a global operation like IKEA's.

"At IKEA we have been curious about this 3D knitting technique for some time," said Fager. "We have all seen it being used in those colourful sneakers and it's a really smart way to produce things, since it's fully automised and this knitting machine can be placed at any supplier to combine it with other materials in a product."

The lightweight armchair is designed to look semi-transparent, lending limited living spaces a sense of "airy openness and space".

It is available in pink or grey with a white or black frame, and retails for £125.

According to IKEA, 3D-knitting produces durable furniture that can withstand years of wear and tear and regular stretching.

The 3D-knitted chair is part of the company's PS collection, which stands for post scriptum. It is renewed every three years with a different focus and set of designer collaborations.

The 2017 range is inspired by "mobility" and also features a caged lamp designed by Matali Crasset and modelled on traditional railway lighting. 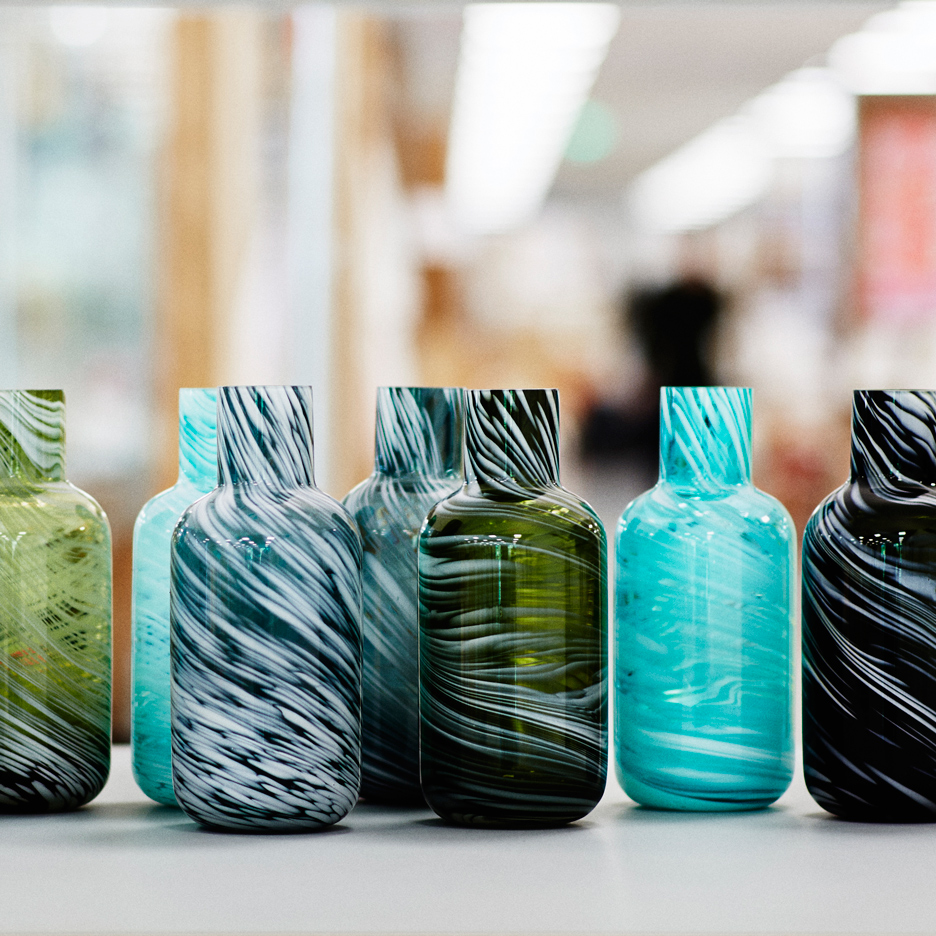