A+Awards: this apartment in London, which won an Architizer A+Award last year, has a large window between its black kitchen and light-toned bedroom.

The Nevern Square Apartment was designed by Daniele Petteno Architecture Workshop, a London-based firm tasked with overhauling the 69-square-metre flat.

The space occupies the raised ground floor of a late 19th-century Edwardian terrace building, which suffered from a fragmented layout as a result of a 1970s conversion.

"The design concept is based on the contemporary reinterpretation of the British Edwardian two-room layout, with one big room at the front and one at the rear, to both reveal the original room proportions and enhance the two beautiful and monumental windows at the front," said the studio.

To reorganise the apartment, two L-shaped elements – one black and one white – were inserted.

The lighter, full-height unit creates a large wardrobe where it separates the bedroom from the entrance corridor.

Meanwhile, the darker feature is rotated 180 degrees so its longer arm runs along the opposite side of the flat. It reaches 2.25 metres high, and provides storage in the living room. 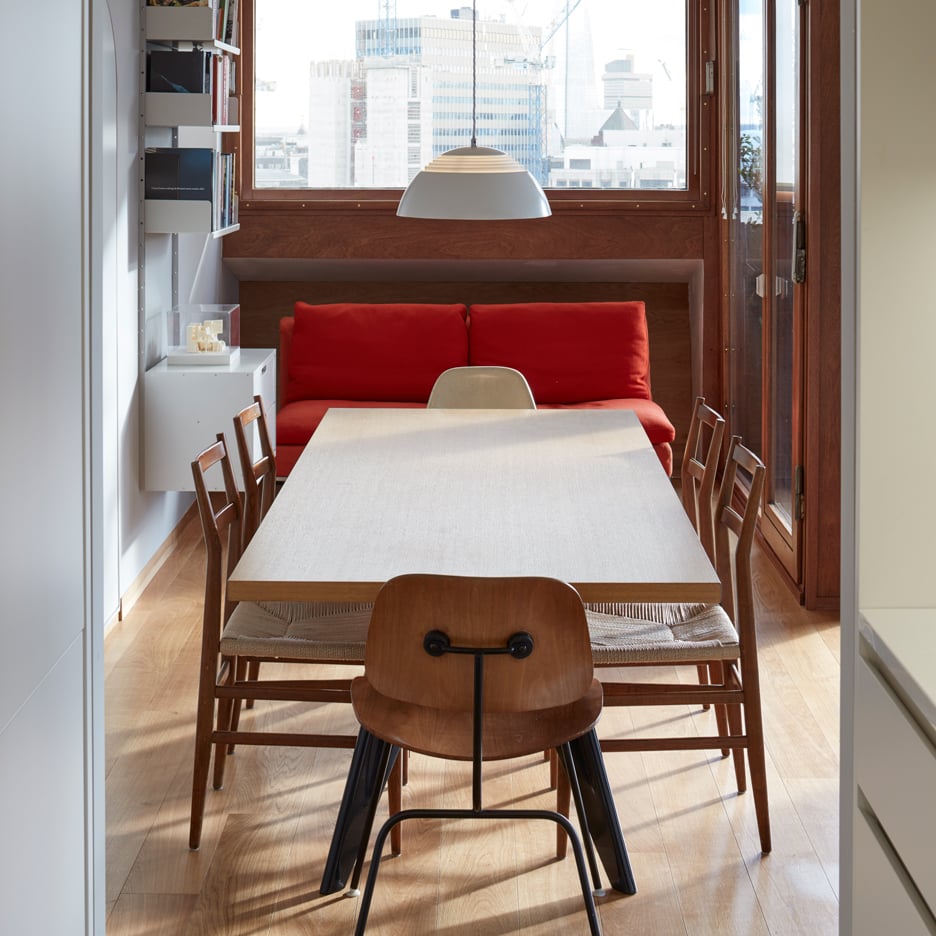 Where the two Ls intersect at the kitchen, a glass partition allows natural light to be shared by the pair of spaces either side. A screen can be pulled down when privacy is required.

"This opening really works like an additional big window inside the house," said the design team.

Plants bring pops of colour to the monochrome decor, which extends to upholstery and other details.

Nevern Square Apartment was lauded in the Apartment category of the 2016 A+Awards.