For Prada's Autumn Winter 2017 show, AMO divided the catwalk into a series of colourful interiors with beds and benches.

Wanting to step away from its "hyper-realistic" sets, AMO – the sister firm to OMA – designed a catwalk that presented itself as a series of interior spaces.

"In the current moment – when issues of simplicity and essentiality are becoming increasingly relevant – AMO and Prada felt the need to go back to basics, to abandon the construction of hyper-realistic and fully immersive sets in favour of a modest and domestic design," said AMO.

The catwalk was divided by a continuous wooden partition, which created a series of interior sceneries – some that were tiled, some covered in terrazzo, and others in Formica plastic laminate.

Audience members were seated on benches as well as double and single beds.

"The partitions, with their limited height, act as a screen between the different rooms, providing an individual perspective to each observer, while still allowing views of the models behind the boiserie," said AMO. "All the guests share the same personal yet collective experience."

Prada has collaborated with OMA and AMO for many years – a pairing that grew out of a friendship between founders Miuccia Prada and Rem Koolhaas.

Other catwalk designs have featured translucent sheets hung above concrete seating and a series of symmetrical linked vestibules. 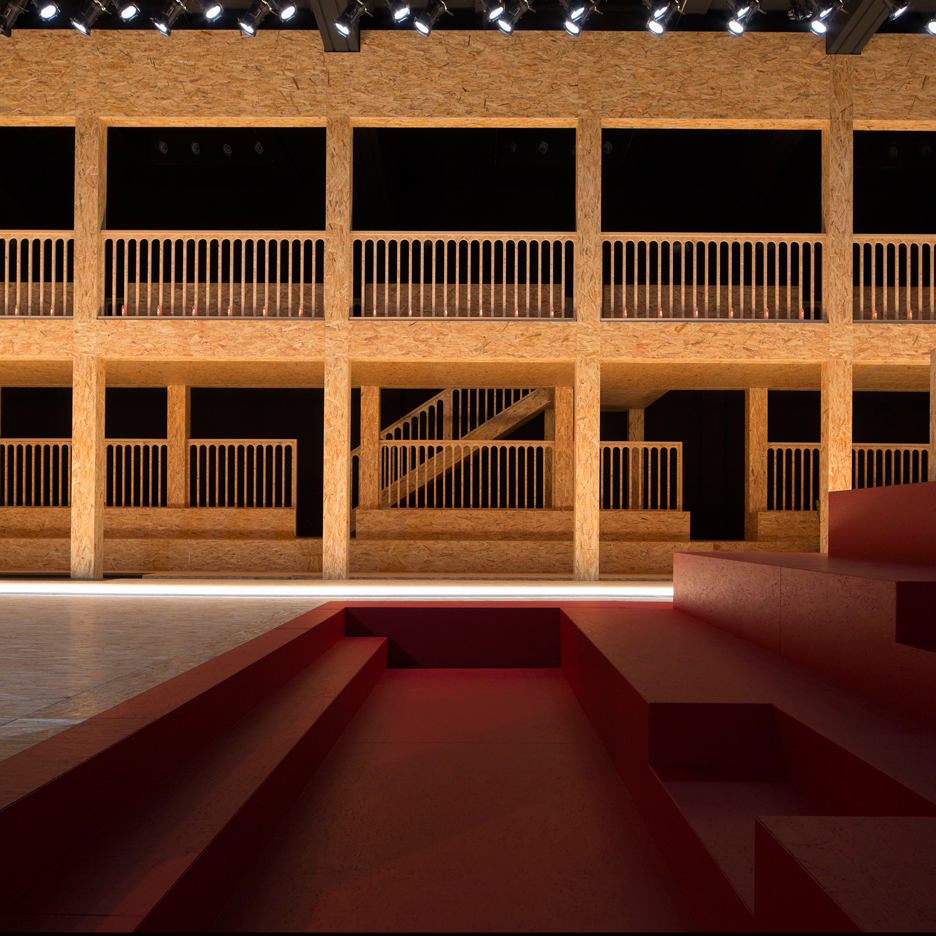