The tabletop planter, which was created for label Design House Stockholm, is an even more compact version of Atelier 2+ Greenhouse, a standing planter box.

The Greenhouse Mini launched at last week's Stockholm Furniture Fair and is intended as a tabletop home for miniature gardens.

The plantbox has glass windows and a pitched roof – reminiscent of traditional Swedish houses – formed by a solid ash frame. A galvanised metal tray that slots into the base, while the top lifts off for owners to tend to plants.

Atelier 2+'s earlier Greenhouse design was created for Wallpaper's annual Handmade exhibition, and features a larger planter that sits on a trestle.

The studio's founders, Worapong Manupipatpong and Ada Chirakranont, were prompted to create the greenhouse after time spent studying in Stockholm.

"When we were living in Sweden we felt the need to get closer to nature and to make room inside our dwelling for the nature that surrounds us," said Manupipatpong.

"Perhaps the size of Greenhouse encourages people to create miniature worlds because it is not large enough for people merely to plant just anything in it," he added. "It makes demands on the user, perhaps requiring greener fingers or the sensitive touch of a sculptor."

IKEA has also ventured into the world of indoor gardening, releasing a hydroponic kit that lets owners grow plants and vegetables from their kitchens, without using soil or sunlight.

For the dedicated gardener, Oslo design studio Anderssen & Voll has created a set of tools that are adapted for indoor use.

The Stockholm Furniture Fair ran from 7 to 11 February 2017. Other products launched at the fair include fire-based lighting from Wästberg and sculptural gym equipment by Tingest. 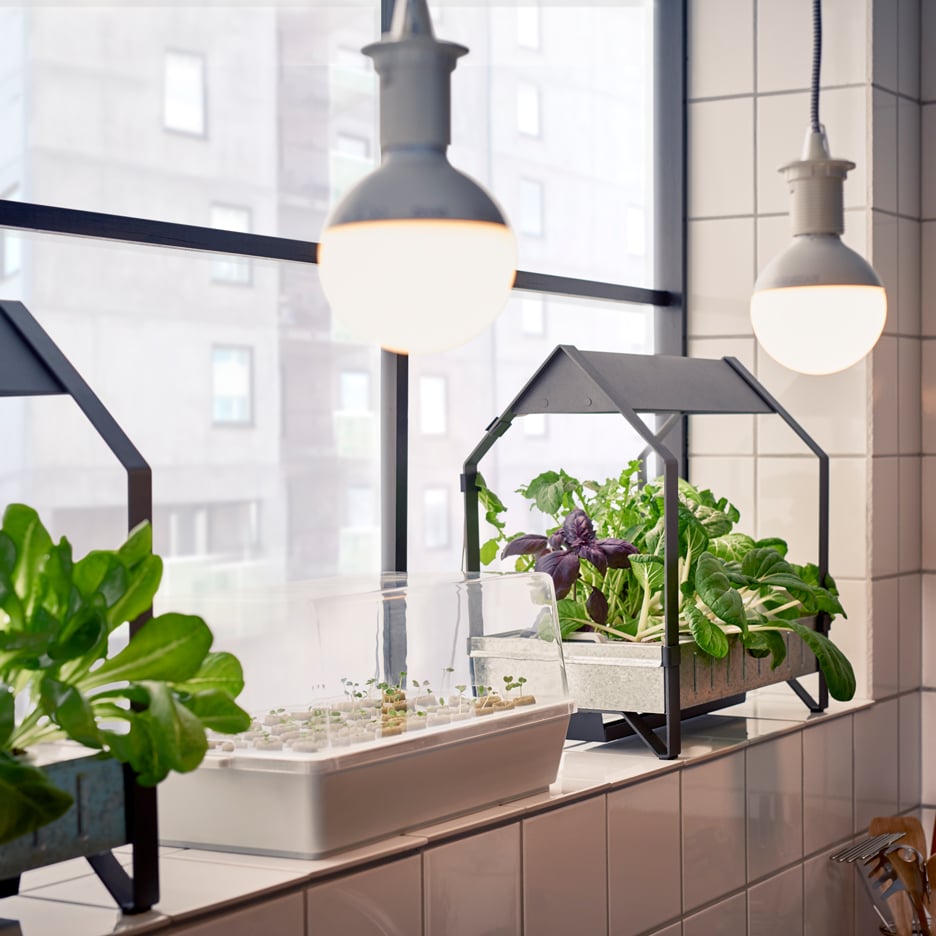