This soft robotic pillow combats sleepless nights by "breathing" in and out as users hold it close.

The device, which was dispalyed at Dutch Design Week and developed by a team from TU Delft, is aimed at those struggling to fall asleep. By cuddling up to the pillow – which helps induce a slow, regular rhythm of breathing – users are soothed to sleep.

Somnox is based around research that has suggested calm breathing influences the amygdala in the brain, which plays a role in emotional wellbeing.

Sensors embedded into the pillow collect data to determine whether the user is awake or asleep. The device then uses an algorithm to interpret the data and changes its own breathing in response, stimulating peaceful breathing in the user. 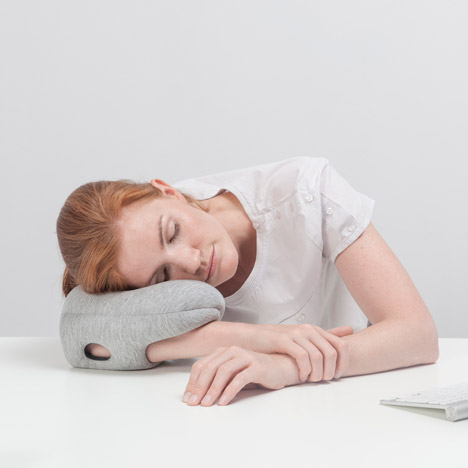 "It will recognise you and change its settings automatically," explained the team. "In this way it will become your soft robotic friend through the night."

Built-in Bluetooth speakers can also be used to listen to music, or hear a bedtime story, and the pillow can be set to emit gradually increasing light in the mornings – to simulate a sunrise.

The Somnox team is currently carrying out research in partnership with sleep disorder experts and patients, although the pillow itself is still in a prototype stage.

Developments in soft robotics are creating more tactile devices, such as Harvard University's Octobot, which has a squidgy silicone body.

Designers are increasingly finding ways to bring robots into our domestic lives, helping to do everything from rocking babies to sleep to transporting our belongings. 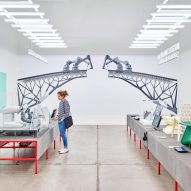