This packaging design for Thinx organic tampons brings a significant part of menstruation out of hiding – the vagina.

The packaging is in two parts. The first is a slim, red and white box printed with a minimal tampon graphic.

It slides into a sleeve – a transparent outer case decorated with a simplified but recognisable rendering of a woman's labia, complete with squiggles of pubic hair.

Thinx designed the packaging as part of its mission to be a "patriarchy-fightin' company" in a society where menstruation is not openly spoken about. Advertising for sanitary products has historically used blue ink and avoided direct language.

Founded in 2010, Thinx is famous for its period-proof underwear and provocative ad campaigns that brushed up against New York Metropolitan Transportation Authority guidelines in 2015.

It has now expanded into organic tampons, which are sold without an applicator to be more sustainable for the environment.

For women who prefer to use an applicator, Thinx is launching a reusable tampon applicator made from medical-grade silicone in June.

Its vision for women's health does not stop there, however, as the company has also launched the Icon underwear line for bladder leakage, and the Tushy bidet attachment, which tackles toilet-paper waste while also helping to alleviate haemorrhoids and urinary tract infections. 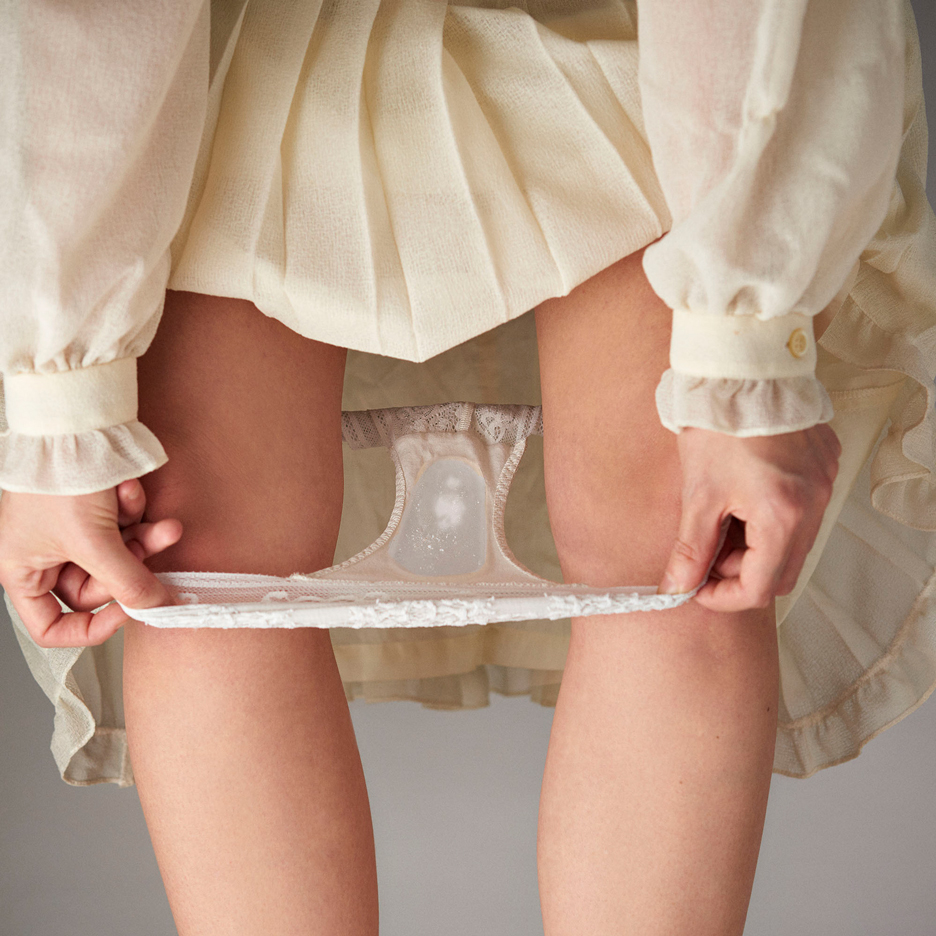