Thanks to all our readers, commenters and advertisers for making March 2017 our best ever month! We topped 10 million page views for the first time, received almost 3,000 comments, and became one of the 7,000 most-visited websites in the world – our highest position yet.

We broke records across every metric, with over five million sessions on our website and over 2.7 million unique visitors, according to Google Analytics. Traffic so far this year is up over 15 percent on 2016.

These results further enhanced our position as the most popular design website in the world according to ranking organisation Alexa, beating the previous high we achieved in December last year.

We also cemented our position as the world's most-commented design website, rising even higher up the Comment1000 list of the sites with the most active reader comments.

At a time when rivals are abandoning their comment sections, we are now among the 750 most-commented sites on the planet. Catch up on all the latest comments here.

March also saw record growth and activity on our social media platforms. We topped one million Instagram followers and achieved just under nine million video plays on Facebook, where we hit 750,000 likes just before the start of the month. 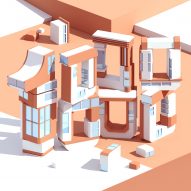 The month was also our most successful for ad sales and recruitment bookings on www.dezeenjobs.com, with over 500 job ads placed for the first time.

Big thanks to everyone who clicked on a story, watched a video, placed an ad, wrote a comment... and huge congratulations to the amazing Dezeen team!