The range – which was created for Singapore furniture store Journey East – is aimed at people living in compact homes, with pieces designed to be lightweight and versatile.

It includes shelving with red and orange parts that jut out, as if "two separate forms have collided and coalesced". The effect is further emphasised with the contrast between the wood grain and the coloured sections.

A media console follows a similar style, appearing as a standard wooden table sat on top of a smaller bright yellow one. According to Lanzavecchia + Wai, the pairing of forms is designed to give "the illusion of objects in motion".

The collection is a follow-up to the pair's first PLAYplay collection, which debuted in 2015 and included a range of stackable designs based on hamburgers and ping-pong tables.

Also part of the updated range is a cabinet that has brightly coloured striped accents – similar to the lenticular-patterned console from the first PLAYplay collection – and is surrounded by a section of lightweight metal piping.

"The rail seems to lift and suspend the wooden volumes, with round corners that are friendly and beckoning," said the pair, who set up the studio after meeting at Design Academy Eindhoven in 2006.

Tubular details similarly feature in a pair of desks, which have wooden tabletops above brightly coloured legs that extend up and around the back of the furniture.

Lanzavecchia + Wai also used rounded forms for the collection's Polqa Sofa, which has a purposefully inviting shape and generous "huggable" proportions. A miniature tabletop can also be mounted on either arm to store drinks, books or snacks. 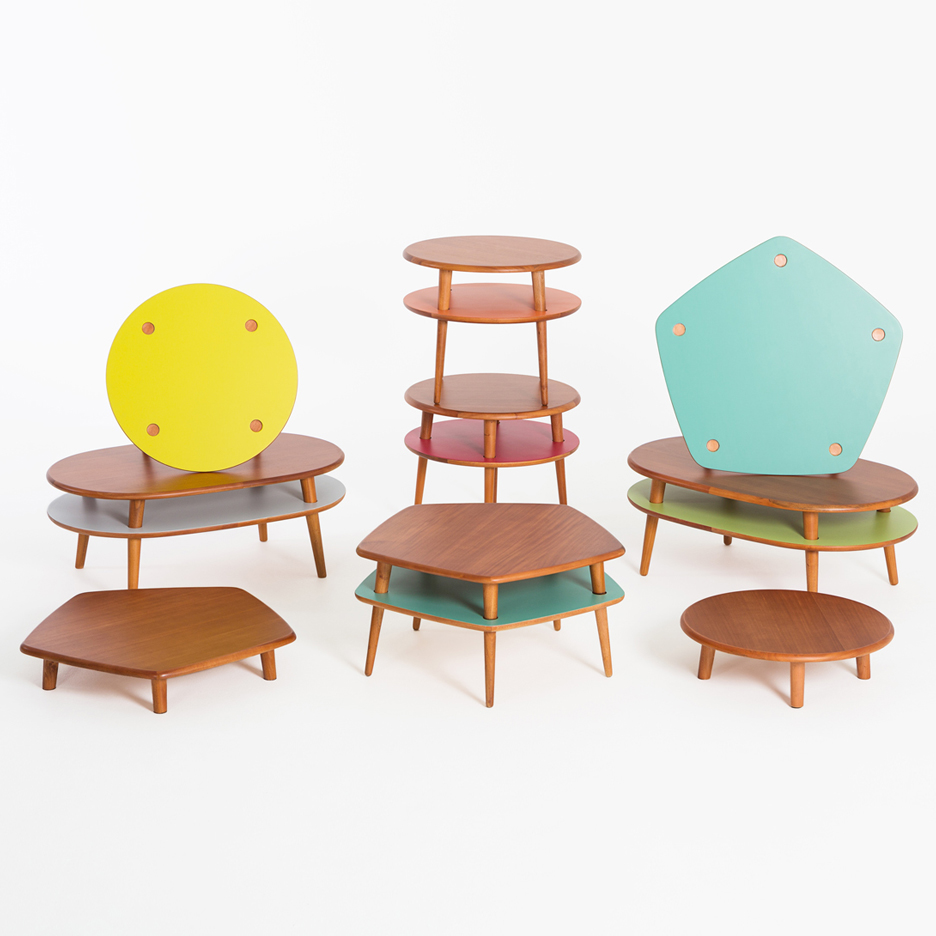 Other furniture designed by the studio has taken a similarly playful approach, including a series of edible pieces that featured a coffee table topped with a giant boiled sweet.