Heinz has partnered with Selfridges to mark the 50th anniversary of its famous baked-bean slogan by updating its iconic packaging with limited-edition labels.

The 50th-anniversary edition tins were created by design agency Jones Knowles Ritchie (JKR), which collaborated with the original creator of the slogan, Maurice Drake, for the project.

There are also 50 special limited edition tins signed by Drake, priced at £10 per tin. Lucy Clark, marketing lead at Kraft Heinz, commented on the longevity of Drake's campaign, and how it "continues to strike a chord 50 years after it was first penned."

Drake came up with the line in 1967, when he took his creative team from Young & Rubicam's advertising offices to a London pub to brainstorm ideas for the Heinz account. He also penned the jingle from the original advert: "a million housewives every day, open a can of beans and say Beanz Meanz Heinz".

The launch includes a pop-up cafe at Selfridges department store and a window display at the Oxford Street branch in London, with all proceeds going to the arts charity Ideas Foundation.

Since its inception, the much-loved and celebrated Beanz Meanz Heinz is a familiar refrain in many British households. In 2012, Creative Review named it top slogan of all time, narrowly beating Nike's motivational Just Do It.

In 2000, Drake's catchphrase was voted into the Advertising Slogan Hall Of Fame by a panel from the UK's advertising industry.

In 2004, the company changed the packaging to simple say Heinz Beanz, and then in 2009, Heinz resurrected the catchphrase after a lull in its use, under the guidance of its then-agency, AMV BBDO. 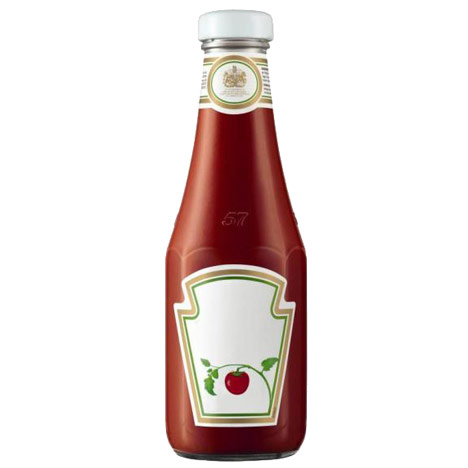 No Noise de-branded design at Selfridges

Heinz Beanz has previously collaborated with food designers Bompas & Parr to create Flavour Experience. The design duo created a musical spoon that you listen to through your mouth and a set of handmade bowls to match five new flavours of Heinz baked beans.

The Selfridges Beanz Meanz Heinz pop-up bar will be open until 23 April from 9am–7pm Monday to Saturday, and 11.30am–6pm on Sundays.