The "world's first" electric jet plane capable of taking off and landing vertically has successfully completed test flights in Germany.

The two-seater prototype aircraft is designed by Munich start-up Lilium as an airborne alternative to on-demand ride-sharing services, such as Uber and Lyft.

During the test flights, which took place on 21 April, the vehicle took off vertically like a helicopter before flying horizontally like a regular aeroplane.

Although the plane was piloted remotely for its first voyages, Lilium hopes to test a manned flight in the near future. It also plans to launch a five-seater version of the same craft.

The craft features rows of electric jet engines mounted on the front and rear wings tilt to switch between vertical and horizontal flight. There are 36 engines in total.

According to the company, the craft is the only electric aircraft capable of vertical take-off and landing.

Lilium's CEO Daniel Wiegand said the company had solved some of the "toughest engineering challenges in aviation" with the design.

"The successful test flight programme shows that our ground-breaking technical design works exactly as we envisioned," he said. "We can now turn our focus to designing the five-seater production aircraft."

Vertical take-off and landing (VTOL) is not a new concept but previous proposals for electric VTOL craft have involved tilting rotors or drone-like propellers mounted horizontally.

However Lilium claims to have developed an electric version of a jet engine, which is more powerful and more efficient at high speeds, as well as being quieter and vibration- and emission-free.

Since they can be individually controlled, aircraft powered by electric jets do not require tail fins or steering flaps.

"In comparison to existing concepts, Lilium Jets require no gearboxes, no foldable or variable pitch propellers, no water-cooling, and no aerodynamic steering flaps," the company states on its website. "As we can provide differential thrust from the engines in cruise flight, no stabilizing tail is necessary," the company says.

The company believes the craft could one day rival road-based taxi services in urban areas.

" The combination of energy-efficient flight and minimal ground infrastructure will enable passenger flights with comparable pricing to normal car taxis over the same distance," it added.

The news of Lilium's maiden voyage comes soon after Airbus presented its concept for a tilting-rotor-powered flying electric car at the Geneva Motor Show, with plans to test it later this year.

However, the German start-up, which was founded in 2015, has beat the manufacturing giant to the testing phase.

"We've got these electric drones flying around everywhere," he told Dezeen last year. "[Electric planes are] just a scaled up version really. I think that's going to get really interesting – it could be the beginning of personalised transportation." 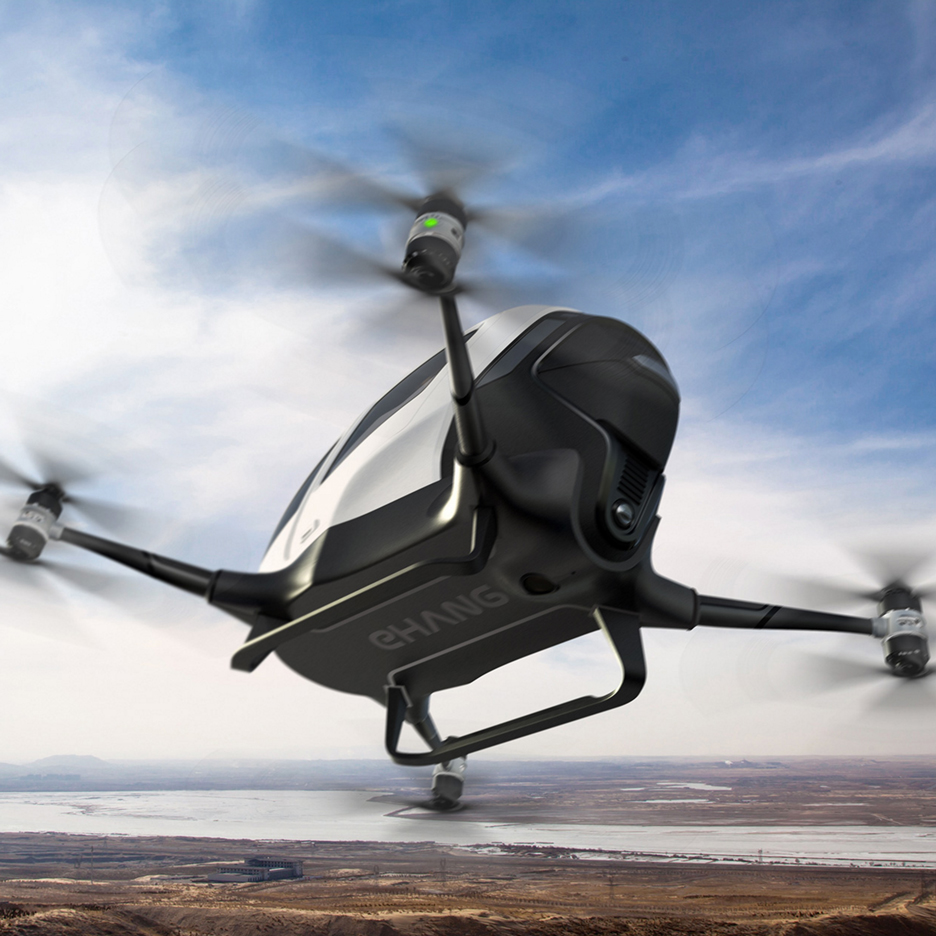