Danish studio EFFEKT has developed a housing scheme for the Slovakian city of Bratislava, which features a dramatically staggered roofline intended to echo the peaks of a mountain range.

EFFEKT has proposed the 120,000-square-metre housing block called Južna Dolina for a stretch of parkland in the city's Petržalka borough, where it will be surrounded by farmland near the Donau river.

To echo its natural setting, the Copenhagen-based studio separated the scheme into six mountain-shaped apartment blocks. These would loop around a park, featuring wetland, meadow and grasslands.

The staggered roofline forms terraces that would offer residents views out across the natural landscape.

"The built profile oscillates to create the contour of a mountain ridge with six peaks offering spectacular views," said the architects.

"A stepped roofscape offers generous private terraces and slopes down to meet the central park that resembles the natural setting of an alpine valley," they continued.

The tips of the blocks would be slightly offset from one another so as not to obstruct views from the residences. Terraces, in addition to those on the roof, will also protrude from the front, creating a faceted facade.

Car parking would be located under the perimeter of the green space, adding the height necessary for hills in the green area.

The courtyard would then dip down to create a valley that runs along its centre to aid the flow of water in extreme weather.

Sports facilities and a play area will occupy the central park, while a walkway would encircle the grassy areas, and branch into smaller paths.

Copenhagen-based EFFEKT was founded in 2001. Among the office's past projects is a proposal for a self-sustaining, off-grid village, a cancer care centre comprising a cluster of house-shaped buildings and a timber-clad villa designed to be as cheap as a low-cost kit home. 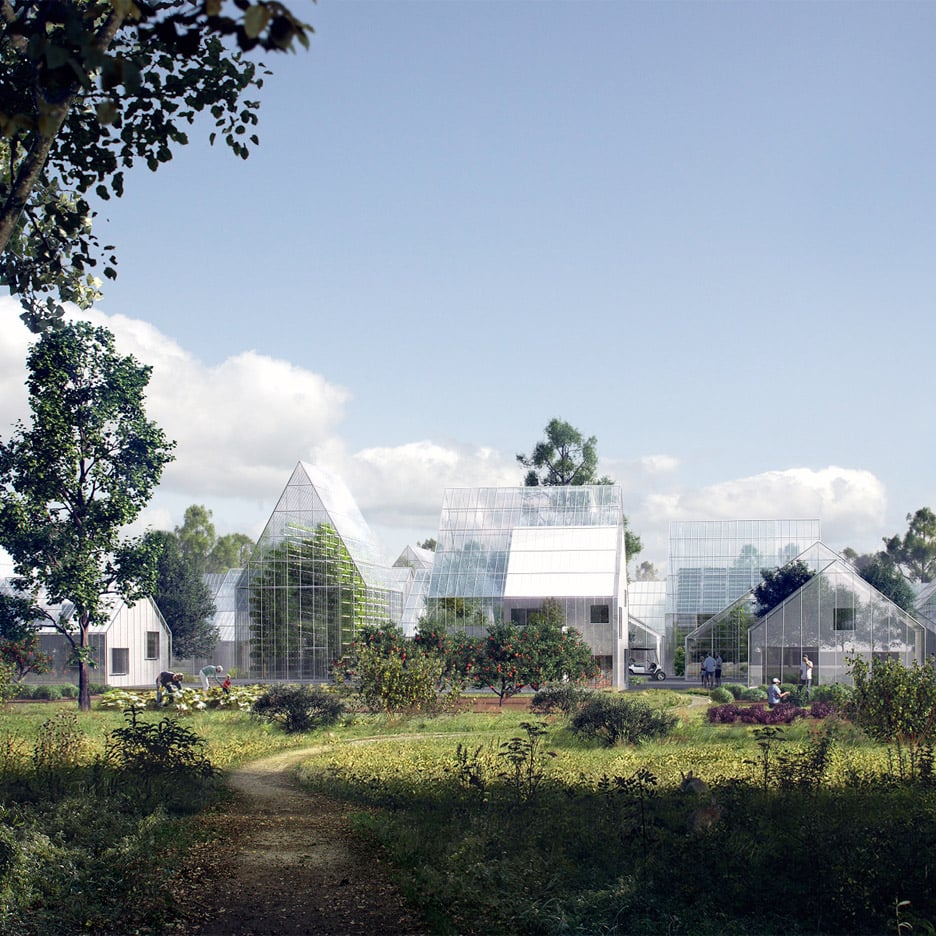