New York-based Rich Brilliant Willing has produced a mid-century-style chandelier, and pendant lamps that can be pulled up and down, as part of a collection created with design boutique Meyer Davis.

Rich Brilliant Willing and Meyer Davis Studio teamed up to create a series of lights that could be easily adapted to different spaces, particularly in hospitality.

Launching during this year's NYCxDesign festival, the collection includes the Pilot chandelier and the Hoist, which is available as a pendant or a sconce.

"The common theme in both Hoist and Pilot is that they offer the user opportunities
to manipulate their use," said Meyer Davis co-founder Will Meyer.

"The big idea behind the two of them is empowerment – for designers to be able to use these fixtures the way they want to use them."

Rich Brilliant Willing referenced the organic forms found in the work of mid-century sculptors like Barbara Hepworth and Henry Moore to create the Pilot chandelier.

It features a central stem from which arms branch in different directions, with fibre-glass shades curved like turtle shells fixed to the end.

The light can be installed in different compositions to offer various effects, from a direct light above a dining table to a "starburst".

It comes as a kit of parts ready to be assembled on-site and is available in Rich Brilliant Willing's library of finishes, which includes dark and light powder coatings, and aluminium.

The Hoist pendant's long cable is intended to provide a stylish way to connected to electrical outlets that are far away. The cable loops through a wall fixture with a handle that can be turned to lift the light up and down.

An aluminium shade, available in blue and white, covers half of the large bulb. It is also waterproof so that the light can be installed outside, and a sconce version is also available.

The collection will be on display at Rich Brilliant Willing's new showroom, 50 Greene Street, New York, from 20 to 24 May 2017. The launch coincides with NYCxDesign, running from 3 to 24 July 2017.

Rich Brilliant Willing was founded in New York in 2007 by Theo Richardson, Charles Brill and Alexander Williams. Previous projects by the company include a lamp combining marble, aluminium and wood, and a chandelier that contorts into different shapes. 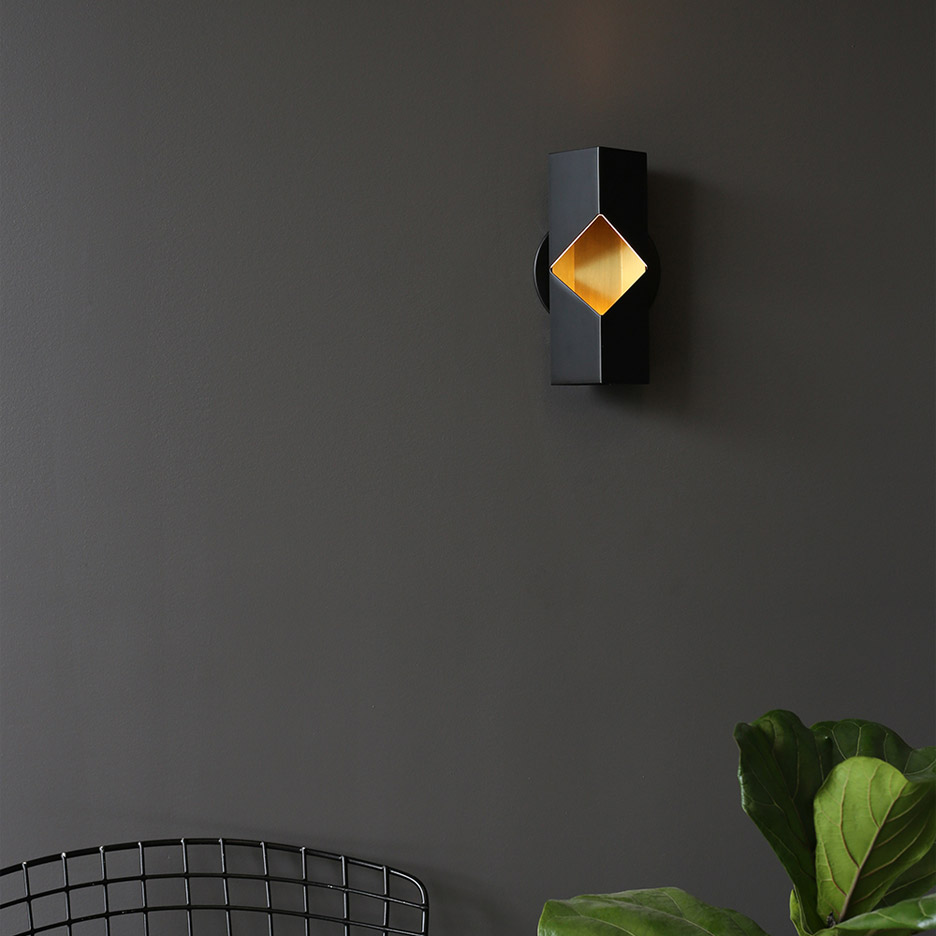