Lights that can slot into the ground or be strapped around tree trunks feature in this lighting collection created by designer Arik Levy for Delta Light.

Paris-based Levy has created three new additions to his Butler collection – a design that centres around a folded shade.

These were presented in a botanical garden during Milan design week, with the intention of making them look like mushrooms. Some were planted into the ground between seating areas, while others were attached to a tree.

Delta Light originally launched the Butler lights at Light+Building 2016 in Frankfurt. They are Levy's first design for the Belgian brand, which has also worked with OMA and Dean Skira.

The original design was intended to look like the archetypal lampshade, but to also be reminiscent of folded paper.

"Years ago, I was cycling through Paris when I passed by this big pile of folded paper, used to create the well-known plissé fashion classics," said Levy, explaining how he came up with the idea.

Following the success of the first lights, Levy recently expanded the design to create more unusual versions. It is here that the mushroom references were introduced.

The Butler Strap is designed to be attached to any vertical element, from trees to architectural columns, just like a fungus might grow. And the Butler Floor Triplet is a cluster of lights on one base, "like growing mushrooms".

The new additions also include the Butler Chandelier, a light described as "the one and only unique outdoor chandelier".

The Butler lights come in black and grey aluminium finishes.

Arik Levy is originally from Israel, but has lived and worked in Europe since 1988. His best known designs include the Well of Life lamps and his Cubic Meter storage system. 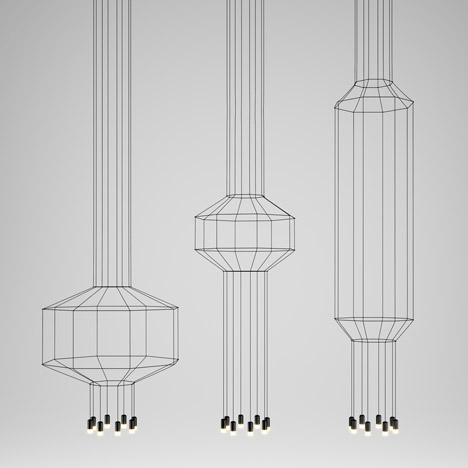