US furniture brand Herman Miller has teamed up with designer Yves Behar on a range of intelligent, networked office furniture called Live OS, which launched at NeoCon this week.

The primary purpose of Live OS is to encourage physical activity in workspaces that are mostly sedentary. Live OS-connected furniture automatically reminds users when they've been sitting for too long, either through gentle vibration or by lighting up a small module attached to the surface.

Users on a height-adjustable desk can then raise the surface to a preset level with the touch of a button, while those on a fixed desk might just choose to take a break and step away from their workstation.

The system also incorporates sensors that capture what Herman Miller says is anonymised data on how the furniture is being used. An accompanying dashboard crunches this data and presents insights based on it to employers.

Live OS launched at Chicago office furniture fair NeoCon this week with fixed-height and sit-stand desks, but Behar says the system will soon be expanded to include chairs, which can gather more detailed data about employees' postures.

"The first phase of Live OS includes intelligent sit-to-stand desks and fixed work surfaces – but its design goes beyond simply applying sensors to desks," said Behar, who worked with his studio Fuseproject to develop the concept, user experience and interactive desk controller for Live OS.

"With sensors in both a chair and desk, Live OS can tell if an employee has been sitting or staying in the same posture for too long. Drawing deeply from Herman Miller's expertise in ergonomics, the system uses subtle nudges to suggest postural changes for the employee, or a transition from sit-to-stand or back again."

The Live OS network is one of the first examples of how the Internet of Things could shape the office environments of the future.

Herman Miller North America president Greg Bylsma said the system is designed to "create workplaces that empower, energise and perform", while Behar emphasised the goal was to harness new technologies to the benefit of both employers and employees.

"The aim is to answer the question of what happens when our workplace becomes intelligent," Behar continued. "How can this benefit both the employee and the company?"

Live OS modules can be installed on furniture at the time of purchase or retrofitted later. The technology keeps the desks continuously connected to the cloud, over a secure network.

The system really comes into its own in workplaces that use hot-desking, where employees sit in many different locations rather than being tied to one workstation.

The furniture is able to recognise the employee using it by communicating with their phone via Bluetooth. This enables it to automatically apply their chosen presets, such as desk height and frequency of reminders.

Offices are fast changing with the addition of connected gadgets and furniture. The Carlo Ratti-designed Office 3.0 – which features personalised heating and cooling that follows employees around the interior – is opening this month in the Italian city of Turin.

Behar – who made it onto Dezeen Hot List in 2016 – is known for his industrial design for a new generation of smart products. The last year has seen his studio collaborate on a security robot, clothing to aid the elderly with mobility, and a smart crib. He also worked on the Juicero juicer, which had its reputation shredded by social media. 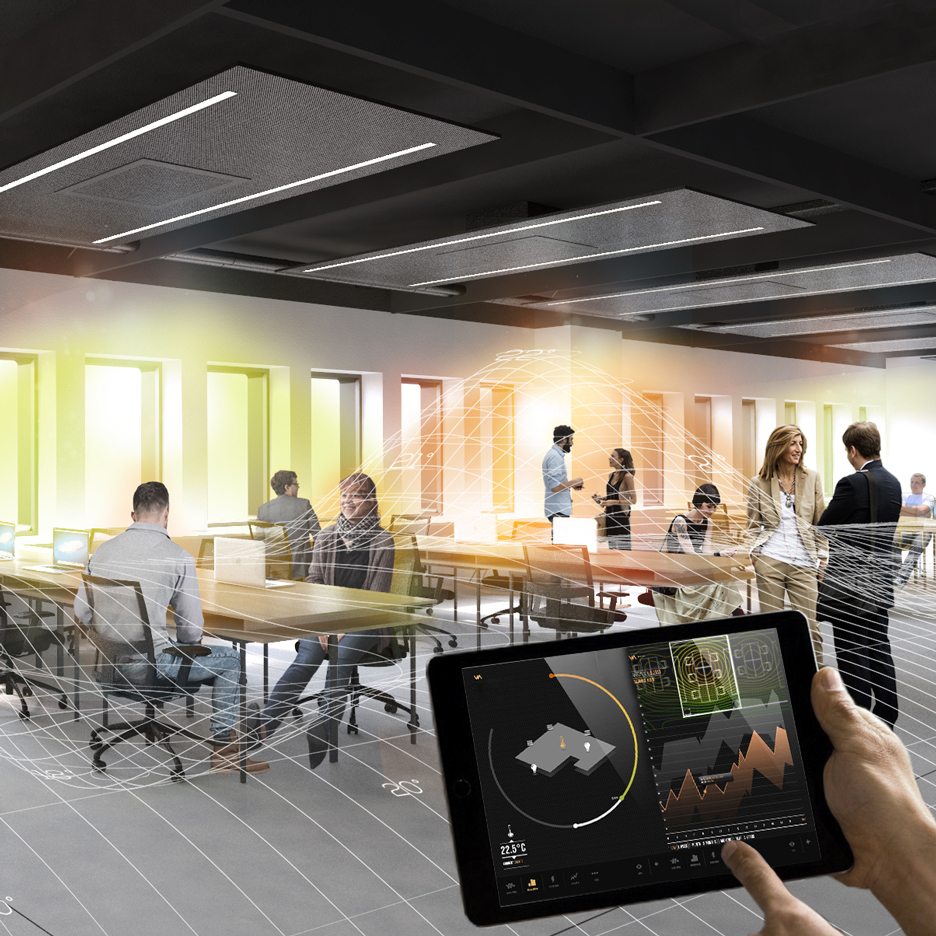