Motorola's future phones could be equipped with a self-repair function, which would enable users to fix their damaged screens.

The patent, filed last week, details a "method and device for detecting fascia damage and repairing the same".

It would work through a number of thermal elements integrated into the screen, which – when activated – could heat up and repair cracks in the glass.

"One drawback to touch-sensitive displays is that they can be damaged," reads the patent. "Many displays or surface layers of modern electronic devices are manufactured from glass or plastic. Either of these materials is susceptible to deformation such as scratching, breakage or bending."

"Even the most robust materials, like thermally tempered glass, can suffer deformation if the device is dropped, and once the display is damaged, the electronic device is often considered by the user to be unusable due to the fact that the primary user has become compromised."

Motorola teams up with Phonebloks to create modular mobile phones

Acknowledging the reliance we have on touch-sensitive devices, Motorola states that it would be "more advantageous" to have a device that fixes itself, as opposed to having to be replaced.

The method proposed by Motorola involves replacing a glass screen with a "shape memory polymer". This screen would be able to reshape itself when exposed to heat, meaning that any cracks or scratches would be filled.

The process would be triggered by a corresponding app, which analyses the damage done to the device, spots where it is and direct heat to the specific area in order to remould it evenly and correctly.

As the process could take some time, the patent also details a docking station – which would power the device as the screen repair was taking place.

Motorola isn't the first company to explore self-repairing smartphones. In 2013, LG launched its G Flex model in Korea, which featured a "self-healing" rear casing that could repair its own scratches and abrasions. 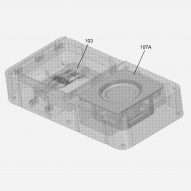 However, the model wasn't successful – with reviews noting that it could only withstand "small nicks" and insignificant scratches.

As smartphones and personal devices continue to be central in our lives, designers and tech companies are exploring solutions to the throwaway culture associated with them.

Google's Project Ara aimed to bring modular phones to the market in hopes of customers being able to repair their own devices. Although the project has since been shelved, Facebook has now grabbed the baton by filing its own patent for a modular device.