Two Seattle-based aerospace engineers have invented a floating survival shelter that, in the event of a disaster, can house between two and 10 people for up to five days.

Made from aircraft-grade aluminium, the spherical watertight capsules will protect occupants from the initial impact of a natural disaster, as well as sharp-object penetration, heat exposure, blunt-object impact, and rapid deceleration.

The founders of the company, named Survival Capsule, say the affordable pods are suitable for those caught up in tsunamis, tornadoes, hurricanes, earthquakes, and storm surges when evacuation is not possible.

Engineers Julian Sharpe and Scott Hill came up with the idea for the Survival Capsule after the 2004 Indonesian Tsunami, which took the lives of approximately 225,000 people.

The capsules come in five different sizes. Entered through a marine door hatch, the interior of each one is equipped with seats and storage for five days worth of supplies and water per person.

"The capsule is a variable disaster solution, which means it can vary position according to the water depth, so it will never be inundated by water levels rising too high," explained the designers on their website.

"It also provides warmth, safety, and shelter during the initial post-disaster period before rescue crews and relief workers have arrived on the scene."

The duo imagine that the smaller capsules will be used in private dwellings and family homes, while the larger capacity capsules are designed for municipal buildings, businesses, hospitals, airports, schools and general public safe havens.

The Survival Capsule was entered in NASAs 2011 Create the Future contest, securing a place among the top 10 finalists.

Earlier this year, the first US Capsule sale was delivered to Long Beach, Western Australia. Customer Jeanne J ordered a two-person capsule in case of  a potential tsunami disaster. The capsules are now available for pre-orders in the US and Japan.

Sharpe and Scott are not the only designers to launch a new survival shelter concept in the past year. California-based survival company Vivos has repurposed hundreds of concrete military bunkers in South Dakota to create the world's "largest survival shelter community".

Families and groups can lease the bunkers to be used as refuges in the wake of a catastrophic event, such as a nuclear war, a viral pandemic or an asteroid strike. 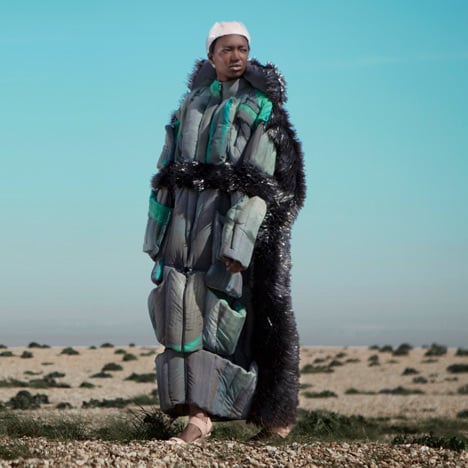