The debut Prima by Pirwi range was created by Mexican designer Andrés Mier y Terán, who collaborated with skilled workers in factories across the country to create the furniture pieces.

These factories were originally set up to manufacture craft-focussed designs for international brands, but since the companies left, their skilled local workers haven't had the chance to use their talents.

"A long time ago, these companies used to build furniture for non-Mexican, non-Latin American brands," Mier y Terán told journalists during a presentation for Design Week Mexico. "So all these people that have skills in handcrafting were in these amazing factories."

"In Mexico, we realise the industry is having a phenomenon," added a spokesperson for Pirwi. "We have very big factories with a lot of experience that are being reused."

Now that demand is growing for locally sourced products, Pirwi launched its new offshoot to encourage a different designer each year to utilise the country's rich craftsmanship traditions.

"The intention was to bring pieces to life where you can see this hand craft and these possibilities you can find in Mexico," the designer said.

The collection was presented at Pirwi's showroom in the Polanco district of Mexico City during Design Week Mexico, which took place 11 to 15 October 2017. It will be sold in this and six other Pirwi stores across the country.

Also on show to coincide with the design week, which had to be pushed back a week after the city suffered a deadly earthquake, was a pavilion that cast shadow patterns across itself and an exhibition of tiny houses that punish their owners.

Photography is by Diego Berruecos. 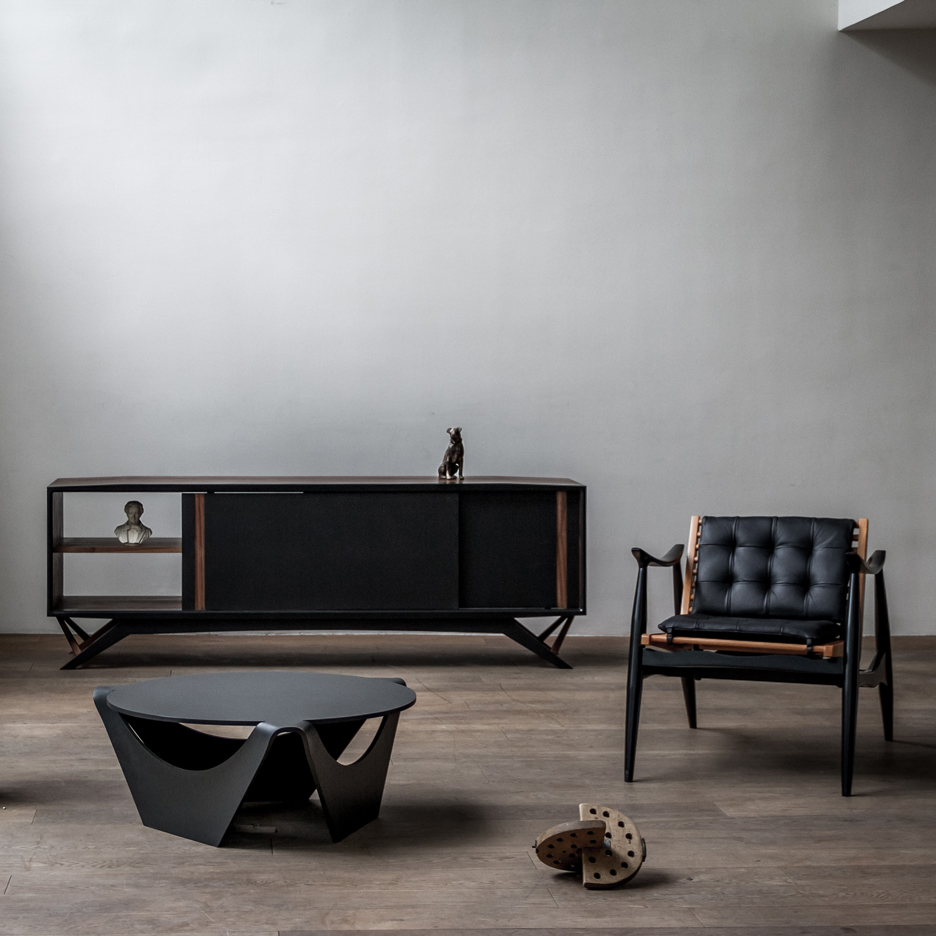