Design Academy Eindhoven graduate Billie van Katwijk has developed a process for turning bovine guts into a material that can be used to make bags and accessories, and is presenting the results at Dutch Design Week.

Van Katwijk began her Ventri project after discovering that cows stomachs are considered a waste material, so are usually thrown out. Her aim was to create a sustainable alternative to leather.

"In the meat industry this is a waste product, it's ground into dog food," she told Dezeen. "But I think it's really amazing, and I want to bring it out and show it's a useful material that has all the properties of leather."

The designer began by visiting a slaughterhouse, where she was given bags full of discarded stomachs that she took back to her studio to clean.

Working alongside a tannery, Van Katwijk developed a tanning process that makes the stomachs hygienic and safe to repurpose.

"Before I cleaned them, the smell was disgusting," she said. "But now the material is totally clean, like normal leather, and it just smells of the tanning process."

"By tanning them, I preserved them and transformed them into a useful material."

Because cows have four different stomachs, the pieces of material are decorated with four different textures – one appears more fur-like, another has deep folds, a third has a honeycomb structure, and a fourth has surface patterns from different muscles.

To show how material made from cow stomachs could be implemented into the design industry, Van Katwijk has created a range of handbags – each informed by the different textures.

"The project is about how we perceive waste, and how materials can be seen as valuable," she said. "I like that it goes from slaughterhouse waste – the lowest of the low – to something that you want to touch and own."

"I want to change the perception, and show that it can be used in luxury products."

Van Katwijk is presenting her project at this year's Design Academy Eindhoven graduate show, which takes place as part of Dutch Design Week from 21 to 29 October 2017.

She is one of a number of designers at the week-long event looking to repurpose waste products, such as Lotte Douwes, who used shards of porcelain that would have otherwise been thrown away to create a range of translucent tableware.

Also at Dutch Design Week, Dezeen has been hosting a series of talks looking at whether design can provide answers to the world's big problems, from terrorism to climate change. All of these talks are available to watch via our Good Design for a Bad World page. 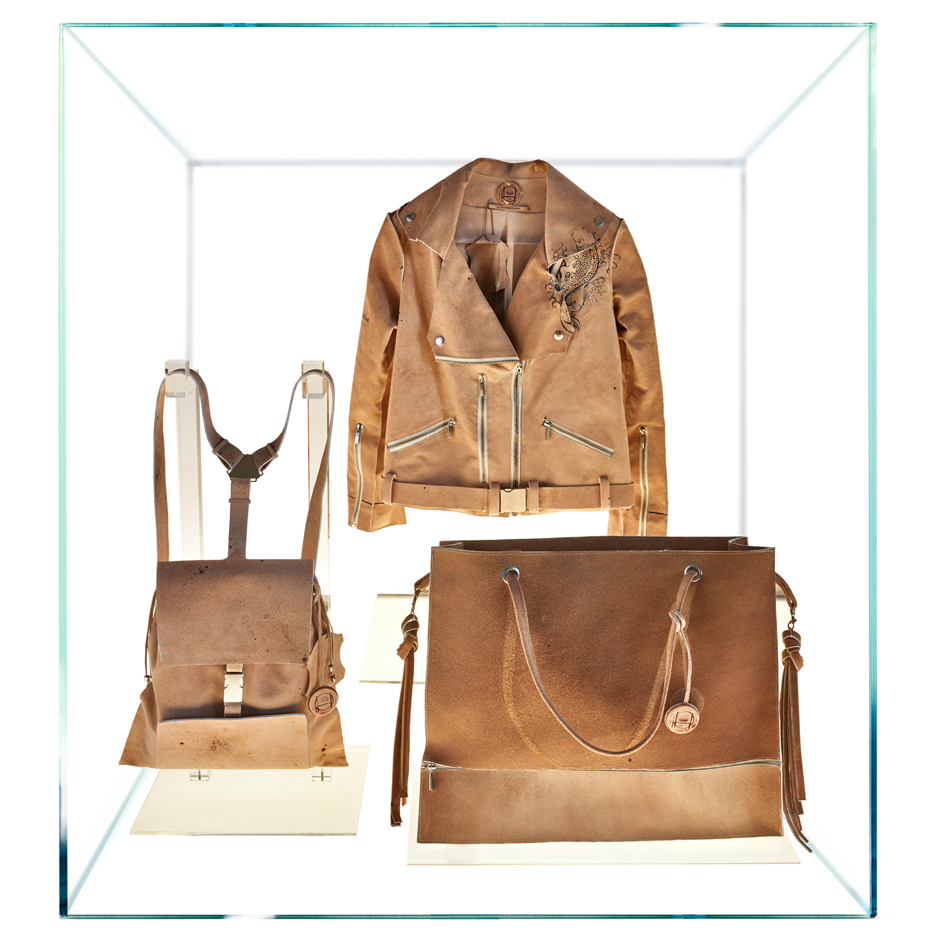