Robots may outnumber humans in a new pioneering city billed by Saudi Arabia as "a new blueprint for sustainable life", which would be entirely powered by renewable energy, and served by driverless vehicles and vertical farms.

The city called Neom is to span an area of 10,000 square miles, stretching across the borders of northwest Saudi Arabia into Jordan and Egypt. It is designed to operate as an independent economic trade zone with its own laws, and is to become the first private business zone to span three countries.

A website dedicated to the Neom concept states the fields will attract "high-caliber human resources" and that mundane or repetitive tasks will be carried out by robots.

"Repetitive and arduous tasks will be fully automated and handled by robots, which may exceed the population, likely making the Neom's GDP per capita the highest in the world," it reads. "All these elements will put Neom at the world's forefront in terms of efficiency, which will make it the best destination in the world to live in."

Plans for Neom were announced at the Future Investment Initiative conference in Saudi Arabia's capital, Riyadh, on Tuesday. At the same conference, an intelligent humanoid robot called Sophia announced she had been granted citizenship by Saudi Arabia – the first time in history that an AI device has been awarded such status.

The city would be be solely powered by renewable energy harvested by the sun and wind via fields of solar panels and windmills, creating a pollution-free environment. The population would be fed from the produce of vertical farms and solar-powered greenhouses.

The development of new "disruptive" infrastructure would see citizens travelling in automated vehicles, having access to free internet and online education, and living in zero-carbon homes.

"The focus on these sectors will stimulate economic growth and diversification by nurturing international innovation and manufacturing, to drive local industry, job creation, and GDP growth in the kingdom," said His Royal Highness Prince Mohammed bin Salman, chair of the Public Investment Fund.

The news for the new sustainable city comes as details of the country's Zaha Hadid Architects-designed King Abdullah Petroleum Studies and Research Centre in Riyadh are unveiled.

"All services and processes in Neom will be 100 per fully automated, with the goal of becoming the most efficient destination in the world, and in turn be implemented on all activities such as legal, government, and investment procedures among others."

The plans are part of Saudi Arabia's Vision 2030, which aims to see the country become an investment hub connecting Asia, Europe and Africa.

The positioning of the city across the borders of Saudi Arabia, Egypt and Jordan will give it a 468-kilometre waterfront to the Red Sea to the south and west – a key trade route.

Plans to make use of the waterfront will include a marina surrounded by sports, performance and art venues, as well as shops and restaurants, and the creation of a waterpark with a wave machine for training the next generation of olympians.

An image of Singapore's Gardens by the Bay is included in a promotional video for the project, giving a suggestion of what Neom may look like.

The first phase of construction is expected to complete by 2025, but details of what that will entail have yet to be released. By 2030, the city is expected to have received $100 billion (£76 billion) in investment from the Public Investment Fund. 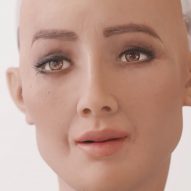