Mattel has launched a Barbie based on Olympic athlete Ibtihaj Muhammad – the brand's first ever doll to come with its own hijab.

The children's toy is part of Sheroes, a collection of Barbies designed in celebration of inspirational women from around the world.

Muhammad is an American fencer who won a bronze model in the women's team sabre event at the 2016 Olympics.

She was the first Muslim American woman to wear the religious headscarf, called a hijab, while competing for the United States.

The Barbie version of Muhammad wears an all-white fencing outfit, and comes with a matching sabre-fencing sword and helmet. She has a more muscled and appropriately athletic body than traditional Barbie dolls.

Muhammad worked with designers at Mattel on mock ups of the doll, helping them with decisions such as styling the hair underneath the scarf and showing them how to tie the hijab correctly.

The doll's skin is matched to the athlete's skin tone, and even boasts the same distinctive eye make-up.

"Barbie is celebrating Ibtihaj, not only for her accolades as an Olympian, but for embracing what makes her stand out," Sejal Shah Miller, vice president of global marketing for Barbie, told Dezeen.

"Ibtihaj is an inspiration to countless girls who never saw themselves represented, and by honouring her story, we hope this doll reminds them that they can be and do anything."

The doll was revealed at this year's Glamour Women of the Year Summit 2017, where Muhammad was handed her replica.

Barbie has donned many looks since she debuted in 1959 – with highlights including a dress designed by Rei Kawakubo of Comme des Garçons and a bridal outfit designed by Carolina Herrera.

But Mattel has long faced criticism over how its thin-wasted, big-busted female dolls excluded many body types, races and religions.

In recent years, the toy maker has introduced several new Barbie lines, in a step towards creating a more diverse range of dolls. These include the Barbie Fashionista line, released in early 2016, which featured curvy, petite and tall models.

The Ibtihaj Muhammad doll continues this diversification – although it is not the first doll to be modelled on an Olympic athlete. 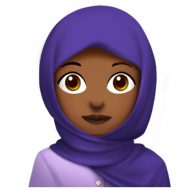