One of Sydney's finest examples of brutalist architecture has been put on sale for £75 million by the New South Wales government, despite new evidence that shows the building may already be heritage listed.

The decision to sell the Sirius building comes after the New South Wales (NSW) government decided to not include it on the State Heritage Register, leaving the site open to the threat of demolition.

According to the Australian Associated Press, the building is on sale for AU$100 million (£75 million). Potential buyers are being invited to register their interest on a new website hosted by the real estate company Savills.

The proposed redevelopment of the apartment block is part of a wider sell-off of public housing throughout the nearby Millers Point neighbourhood. Potential plans for the Sirius building could include the creation of 85 new private apartments – a proposal supported by NSW minister for social housing Prudence Goward.

Campaign to save Sydney’s #Sirius building all but ended with brutalist block officially on the market @2GBNews #MRNews pic.twitter.com/q6i4EfhvB7

But a new piece of evidence uncovered by campaign group Save Our Sirius has shown that the structure is already protected under section s170 of a different heritage register, the 1995 Housing Heritage Conservation Act, which states that there must be a record of all heritage items.

The document states: "It is a building which reflects the social ideals of its time, although contrasting markedly with the heritage structures in surround areas."

A letter written by SOS chair Shaun Carter to the NSW heritage minister Gabrielle Upton claims that the government has tried to deliberately "bury" this information.

The letter continues to accuse the NSW government of ignoring the advice of "significant heritage authorities and organisations" like the National Trust and the Heritage Council, instead opting for the opinions of paid consultants. 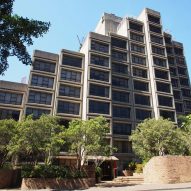 In October this year the NSW government rejected the listing of the building on the State Heritage Register for a second time, having had its initial decision overturned.

Located in Sydney's The Rocks area, the complex was originally designed as public housing by architect Tao Gofers in the 1970s. It includes 79 apartments, containing between one and four bedrooms, and communal areas including a lounge and library.

The cubic design has drawn comparisons to Moshe's Safdie's Habitat 67 complex in Montreal – one of the most famous examples of brutalism.

Save Our Sirius has spent the last year fighting to protect the housing block. Australian trade unions Unions NSW and the Construction, Forestry, Mining and Energy Union also got behind the drive, by banning their members from working on the site.

The campaign group raised AU$50,000 (£28,019) via crowdfunding towards the cause and even prompted a radical new design proposal from Australian studio CplusC Architectural Workshop.

Along its way the movement has been backed by well-known figures including comedian Tim Ross and Sydney's mayor Clover Moore, who tweeted: "Literally every organisation charged with giving the NSW govt advice on heritage has argued for the protection of Sirius."

Save Our Sirius pledged to continue its battle to preserve the structure despite the plans for its sale.

"We will continue to fight for Sirius and for social and affordable housing to be in all parts of our city!" it wrote on its Twitter page. 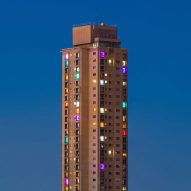