Scandinavian brand Muuto has been bought by US company Knoll, in a deal that aims to see the company's business double within the next five years.

According to a statement released by Knoll, the company purchased Muuto for around $300 million (approximately £223 million).

The acquisition of Muuto by Knoll, a public company, will be funded through a combination of cash-on-hand and borrowings under the US company's credit facility, with the transaction expected to close in January 2018.

A statement from Muuto reports that it will continue to be run independently. The company's headquarters will remain in Copenhagen and it will retain its own brand identity.

The management team will also remain in place, while founders Peter Bonnén and Kristian Byrge will continue their roles as advisors and board members.

For home and office brand Knoll, the acquisition forms part of its overall global growth strategy to become an international "go-to resource for workplaces and homes" in both the commercial and consumer markets.

Knoll CEO Andrew Cogan, who hopes to double Muuto's business in the next three to five years, noted that the acquisition of "resi-mercial" brand Muuto will expand the range of price points Knoll covers in the affordable luxury segment and significantly expand the company's mix of international sales from 15 percent to 20 percent.

"At Muuto we're very proud of having created a company that through the past eleven years has taken part in writing new chapters to the Scandinavian design history," commented Muuto founders Peter Bonnén and Kristian Byrge.

"When an icon as big as Knoll is falling in love with Muuto, it serves as proof that we have something special to offer the design industry," they continued. "We're proud to be part of the Knoll family and can't wait to unfold Muuto's global potential further in close collaboration with them."

Describing Knoll as a "perfect partner", Muuto CEO Anders Cleemann said that the sale will enable Muuto to reach wider audiences – currently, 80 per cent of its sales take place outside of North America.

Meanwhile, Knoll CEO Andrew Cogan said of Muuto: "We have been tracking their explosive emergence on the workplace and residential scene in both Europe and North America for some time now."

"Muuto products pair seamlessly with the range of modern Knoll designs, offering expanded breadth and depth of affordable luxury products that reflect today's evolving workstyles and trends in residential design, with particular appeal to a younger generation of architects, designers and clients," he added.

The sale marks Knoll's third major acquisition in the last few years following the acquisition of Buffalo New York-based office furniture brand DatesWeiser Furniture Corp in December last year, and Holly Hunt Enterprises of Chicago, which it bought in 2014 for a reported $95 million.

Founded in 2006, Muuto, which means "new perspective" in Finnish, is headquartered in Copenhagen and employs approximately 130 people.

More than 80 years old, Knoll is one of the world's leading design companies. It's headquartered in Upper Hanover Township, Montgomery County, Pennsylvania, and employs approximately 3,400 people worldwide as of 2016. 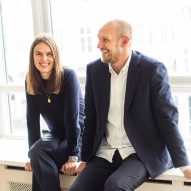