These new renderings reveal how the City of London skyline is set to look within the next decade, with the addition of 13 skyscrapers, including one expected to be 290 metres high.

The CGIs commissioned by the City of London Corporation show how the skyline of London's financial district will be affected by 2026, based on current plans. The images show a group of 13 skyscrapers that have been consented, are under construction or are due to start construction imminently.

The City of London, also known as the Square Mile, occupies an area that stretches down from the Golden Lane Estate to the bank of the River Thames. It extends as far west as Temple Church on Fleet Street, and as far east as Aldgate.

These renderings show a cluster of towers proposed for the eastern section of the City, which is already home to a group of inventively nicknamed skyscrapers including the Leadenhall Building by Rogers Stirk Harbour + Partners, known as The Cheesegrater, and 20 St Mary Axe by Foster + Partners, better known as The Gherkin.

Among the skyscrapers set to neighbour them by by 2026 is 1 Undershaft – a 289.9-metre skyscraper designed by Eric Parry Architects, nicknaned The Trellis after its expressed cross bracing. There is also PLP Architecture's 278-metre TwentyTwo tower, yet to receive a moniker.

"It is unprecedented to see such a scale of development taking place at one time in the Square Mile," said Chris Hayward, the chair of the planning committee at the City of London Corporation. "There are now more cranes in the City sky than in recent decades."

Hayward said the City, best known as the hub of the capital's financial district, was becoming more diverse as it expands upwards.

Six of the 13 skyscrapers set to complete by 2026 will also include free public viewing decks at their tops, joining the sky garden of Rafael Viñoly's Walkie Talkie tower.

"The City's occupier base is becoming more dynamic, with SMEs and media companies choosing the Square Mile as their home," said Hayward. "I am particularly proud that we are able to make available economically inclusive spaces with free public viewing galleries in City skyscrapers."

"Over the next 30 years I expect that we will need to deliver office space for up to 100,000 extra City workers," he added.

"Therefore iconic buildings such as TwentyTwo will lead the way in ensuring the City remains competitive as a leading financial centre."

The seven other skyscrapers set to complete by 2026 are: Kohn Pedersen Fox's 206-metre-tall 52 Lime Street or The Scalpel; the 181-metre 100 Bishopsgate tower by Allies and Morrison with Arney Fender Katsalidis; the 164.3-metre 70 St Mary Axe by Foggo Associates; the 150.92-metre 150 Bishopsgate by MSMR Architects; the 78-metre 80 Fenchurch Street by TP Bennett; the 105-metre 130 Fenchurch Street by Farshid Moussavi Architecture; and Make Architecture's 170-metre 40 Leadenhall Street.

In March, New London Architecture is due to launch the results of its annual tall building survey, which this year will examine the impact of Brexit on the city's skyline. Last year's report showed an unprecedented number of skyscrapers completed in the capital.

Rendering are by GMJ. 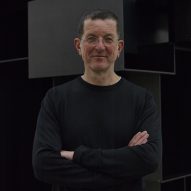