Globalisation isn't killing the USA's backwater cities and rural areas, but rather turning them into escapes for wealthy "digirati" who are pumping money into regeneration projects, says Aaron Betsky in response to a New York Times article.

Big cities operate globally. Well, duh. It took the "newspaper of record", the New York Times, only about a decade to figure out what its own columnists (such as Thomas Friedman) and such astute critics as Columbia University professor Saskia Sassen (quoted in the article) have been saying for at least that long: there are now elite cities that trade and talk to each other across the globe, using resources wherever they find them.

The days of a San Francisco or New York being dependent on their hinterland to propel particular industries and thus metropolitan wealth have long been over. This, according to the Times, leaves smaller cities across the country dying.

"What happens," asks author Emily Badger, "to America's manufacturing heartland when Silicon Valley turns to China? Where do former mill and mining towns fit in when big cities shift to digital work? How does upstate New York benefit when New York City increases business with Tokyo?"

They lose out, she goes on to claim. Except, guess what, that is not quite the case. Yes, industries there are dying, but their carcasses are turning into lofts for nerds to live, work, and play (supposedly at the same time). Yes, storefronts in inner cities across the globe sit empty, but Walmarts, out there in the landscapes the Times does not know or recognise, bustle with almost as much activity as the internet.

It is not the hierarchy of Shenzhen and San Francisco versus Des Moines and Duluth that matters. What is really disturbing is the differentiation within those places. Every city in the country now has a "hip and cool" area, from Des Moines to San Francisco itself. It is just that some are larger than others.

Industries are dying, but their carcasses are turning into lofts for nerds to live, work, and play

It is these nodes that speak to each other. It is there that the rich and powerful gather, surfing on the same trends and connecting with each other. The divide is not between San Francisco and Des Moines, but between those sites where Starbucks is so last century and nuevo lofts stretch the confines of Type III construction, and the next street over, strew with trash and inhabited by those left behind by the economic boom.

Meanwhile, the hinterlands have another function: to serve as the playgrounds and market gardens for those same few wired haves. Those digirati can afford the acreage and the square feet to buy and renovate the old farmhouses, they patronise the same artisanal coffee shops popping up in market towns, and they consume the locally grown produce cultivated there.

The global elite stay in touch with each other with their fast internet connections even while they enjoy the idylls of the exurbs, and they jet around to hike the national parks and patronise the farms turned into spas. As they jet by in their Teslas, they ignore the ghettos, the trailer parks, the industrial farms, and the other containers where the 99 per cent work and live.

Yes, smaller towns as well as food desert inner-city neighbourhoods and ageing exurbs devoid of bus service are "losing their connections", as Ms Badger says, but only in the sense that you have to drive, change planes, and generally work harder to reach the hot spots – something that makes the rural areas all the more attractive as retreats.

What is happening beyond these spatial realignments, which the Times has finally noticed, is in many ways even more profound. If you are rich enough, you have the time and the money to get anywhere. You also do not work in a physical manner.

Defining yourself with consumer goods like clothes or even jewellery is no longer necessary. What truly makes you feel at home is a place defined by knowledge (will that New York Times get delivered there, or do you have to read it on your iPad? Does that barista really know how to bring out the real aroma?), belonging, and the coddling of the self in all its aspects.

You need, in other words, very few things that are bound to a particular place. What you need is a constructing that frames who you construct yourself to be.

What is happening is part of a larger movement, first from production to consumption, and from there to the ethereal and amorphous definition of status through technology. Place long resisted this development, as buildings constructed to last remained standing while their uses disappeared.

Scale also mattered. The transformation of the kitchen from a place to produce nourishment into a ritualistic centre of family life, and the bathroom from a place to cleanse yourself into a "me" space, happened long before farms became farm-to-table sites and small towns became retreats.

But, now even these larger spaces have been converted into sites for the construction of artificial ties that bind, and frames that validate one's existence. You go there not to farm but to be at one with nature, not to retreat as to define yourself from a position where you are still plugged in to all mod cons.

This kind of rarified non-specific space of social- and self-definition is, of course, only the privilege of those who can afford to buy their high-quality prepared foods (or have them delivered), have the Toto toilet take care of all unpleasant cleaning functions, and have the time to get out to the gentleman's or gentlewoman's farm.

The New York Times seems quite nostalgic for "the Bay Area that built ships" and "the Wisconsin mill towns that sent their lumber [to Chicago], Iowa farmers who supplied the city's meatpackers, Michigan ice houses that emerged along the railroads transporting that meat to New York". Yet these were also places of great social injustice and stratification, not to mention pollution and a misuse of resources.

We should not mourn their passing. What we should be asking is not who will win the race to be the most prosperous city, but how those nodes of carefully guarded and interconnected wealth that exist in San Francisco, the former Michigan ice houses where techies now work, and the lofts in Des Moines can be opened up, dispersed, and made available to all. 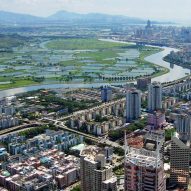