Cameron Lyon, a director of influential Australian firm Lyons and a pioneer of "people-friendly courthouses", has died.

Lyon passed away on 13 January 2018 in Melbourne, Australia. He leaves behind a legacy of projects that include the Perth County Court, the Parramatta Trial Court in Sydney and the Broadmeadows Children's Court.

The dean and staff of the University of Melbourne architecture faculty, where Lyon studied, were among the first to pay tribute to the architect.

"It is with great sadness that the Faculty of ABP says farewell to a dear friend," they said. "As a graduate of the faculty, Cameron was recognised for his contribution to the design of people-friendly courthouses in Australia.

Lyon came from a family of architects, with an architectural lineage going back several generations.

His father was the architect Ronald "Tiger" Lyon, while his mother Marietta was an interior designer and architectural renderer. His maternal grandfather was the architect Leslie M Perrott senior, who founded Perrott Lyon Mathieson and designed the Alexander Hotel – now the Park Plaza – in 1929. Two of his uncles, Leslie M Perrott Junior and Eric Lyon, were also architects, as are his brothers Corbett and Carey and Hamish Lyon.

Lyon set up his first architecture studio in 1981, shortly after graduating. Established in partnership with Corbett Lyons, it was named Lyon + Lyon.

He later became the principal architect of the Victorian State Government's Building Services Agency, before returning to practice in 1998 as a director of Lyons, which had been founded by Corbett and Carey two years earlier.

The Melbourne-based practice is renowned for its public buildings and institutions, which often feature striking geometric facades in bright colours. One of Lyons final projects for the firm was the ACT Law Courts in Canberra, which is due to complete later this year.

Lyon was also a fellow of the Australian Institute of Architects, and a senior counsellor for the organisation. He was behind the design of the institutes's 22-storey-high headquarters building, which boasts a sculptural facade that breaks down into staircases and balconies.

The architect is survived by his wife, son and two daughters. 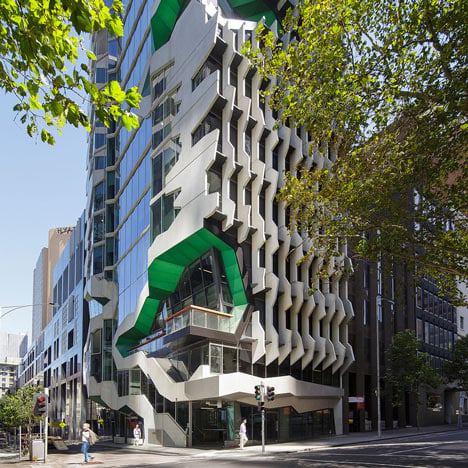