Rising water levels don't cause many problems for this bridge in the Dutch city of Nijmegen – it can still be accessed even when the path on either side is flooded, thanks to a series of concrete stepping stones.

Next Architects and H+N+S Landscape Architects teamed up on the design of Zalige Bridge, which forms part of a pathway across a park on the banks of the Waal river.

Rather than lifting the surface of the bridge above the floodplain, the designers decided to embrace the water. So when the water level rises, sections of the pathway on either side of the bridge become fully submerged.

When this happens, the concrete blocks on the surface of the bridge – which ordinarily function as seats – become the only way of traversing the water.

"All designs by Next Architects start from the unique characteristics of a place," explained Michel Schreinemachers, a partner at the Amsterdam-based firm.

"This bridge is build on the floodplains; this fact was used to design a bridge that strongly connects and interacts with the river landscape; as a path over the water."

Zalige Bridge has been open since March 2016, but has just experienced its greatest test so far – on 10 January 2018, the water rose to its highest level in 15 years.

Once the water reached its peak, five metres higher than usual, even the stepping stones were out of action. But while the water was still rising, many people were able to access the bridge and enjoy the natural spectacle.

The architects described the bridge as "the ultimate place to experience the high water".

The Netherlands has long been a pioneer in dealing with water. But while traditionally dikes would be built to keep the water at bay, these days the government is taking a different approach, creating space for the impending floods.

Urbanism expert Tracy Metz explained the approach during the What Design Can Do conference in São Paulo back in 2015. "Architects are going crazy with the idea of a new relationship to water," she said.

This approach formed the basis of the government's Room for the River programme, initiated in 2006 to review the flood defences in 30 locations. Nijmegen was one of these locations, which is how the Zalige Bridge project came about.

This project is now being promoted as a model for how towns can live with the water, rather than shutting it out. It construction is part of a 10-year masterplan for the town, which also involved widening the river and relocating housing.

"Awareness for water issues is still low unfortunately," explained Henk Ovink, the government-appointed special envoy for international water affairs. "This is why we have to tell more stories to make people understand how important the water issue is."

Zalige Bridge is the latest in a series of innovative bridge projects by Next Architects. The firm previously built a river crossing that integrates spaces for bats to roost and another that separates the routes for pedestrians and cyclists. 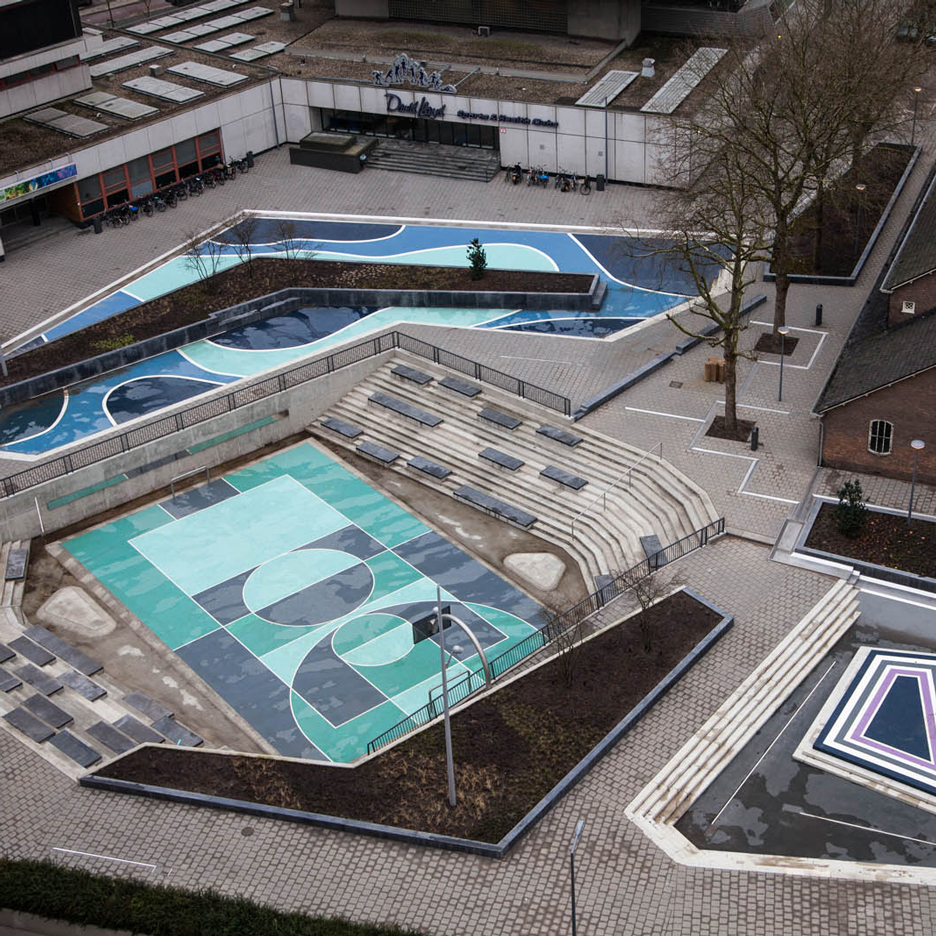