Urban Splash, the developer overseeing the renovation of the Grade II*-listed estate, has brought Whittam Cox Architects and student housing developer Alumno on board to complete the final stage of the scheme.

The architects, which has offices locally in Chesterfield as well as Leeds and London, will create a 350-capacity student halls of residence within the estate's southern block.

The fully-serviced apartments will be joined by a common room, study centre and shops. Students will also have access to an on-site laundry room, cinema, gym, and garden.

Rooms are expected to be arranged in a "townhouse" model, with pods of four or eight sharing a living space.

"We're definitely not targeting the luxury end, the key focus for us is about community and place," said Alumno managing director, David Campbell.

"Our Park Hill development will offer a spectrum of rents and a blended offer, with options for most students on various budgets."

The project is intended to increase student housing provision in the east of the city, with the majority of students currently living in the west.

There is currently no university affiliated with the proposed scheme.

"Our responsibility is to interpret what is there and create a design response, which ensures a long-term future for both the fabric of this historically important asset, whilst also seeking to promote a sustainable and diverse community."

The plan follow two prior regeneration phases at the estate known for its "streets in the sky" layout – a common feature of post-war housing.

Phase one, which was completed by architects Hawkins\Brown and urban designers Studio Egret West in 2013, involved creating 260 homes, 10 workspaces, and a nursery within the derelict concrete structure.

Urban Splash received planning permission for the second phase of the scheme in December 2017, which is to include a further 200 homes, as well as workspace and landscaping devised by architecture practice Mikhail Riches.

Concerns have been raised by local residents about the lack of social housing provision in this second phase of the regeneration, as all the homes are expected to be sold at market value.

As 40 per cent of the 260 homes in phase one were deemed affordable according to government regulations, phases one and two combined offer a 30 per cent social housing provision.

Carmody Groarke is also overseeing the conversion of a 7,200-square-metre block into live/work artists' studios and a purpose-built gallery.

"We always intended to create a mixed community at Park Hill. With the first phase complete and fully occupied, we now have hundreds of people from mixed backgrounds and all ages living and working at Park Hill," said Mark Latham, regeneration director at Urban Splash.

"We look forward to students being a significant and positive part of that community."

A public consultation event for the latest plans will take place at the Urban Splash sales office in Sheffield between 1.30pm and 7.30pm on Thursday 8 February 2018.

A planning application for the project is expected to be submitted following the event in spring 2018, with the building due to be ready for occupation for the 2020-2021 academic year.

Phases two and three are expected to be delivered concurrently.

It opened in 1961 to great success, but by 1980 its reputation had been tainted by crime, antisocial behaviour and poverty. In 1997, a change in fate saw the complex awarded listed status by English Heritage and its redevelopment by Urban Splash began. 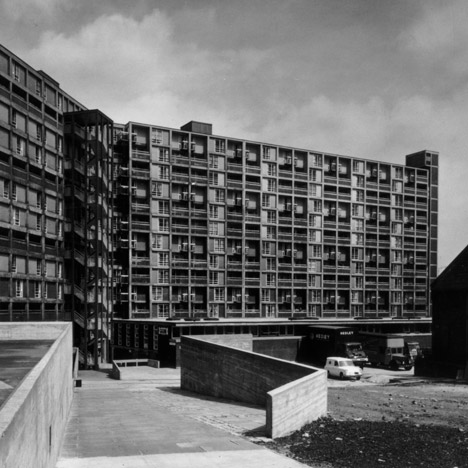