South Korean startup Mobileisland has created a modular wireless charger that comes with a range of building block-like electronic accessories.

Initially created as a graduate project, the modular tray is made up of a series of wireless chargers, collectively named Ground, and a range of electric accessories, named Building.

By grouping together each of the charging trays, users can power-up multiple devices at the same time.

They can also add accessories from the Building range, such as a Bluetooth speaker, a table lamp, a portable battery and a USB-powered fan.

"As the number of wireless electronic devices including cellphones has been increased, the wireless charging environment, such as using each charging cable separately, has become more complicated," said the designers.

"It is very convenient because a wide range of wireless devices such as cellphone, portable battery, and wireless speaker can be charged at the same time," they continued.

Both the Ground and Building modules are built to be easily swapped out so that users can create different charging environments.

For example, the Bluetooth speaker and wooden trays can be placed together for a living room set-up, while the USB fan and auxiliary cable could be used for a study area.

All the Building products are designed with rounded bases and muted colours. The speaker is shaped like a cylinder, in dark green colour, while the auxiliary cable is a pale pink shade with two USB ports.

Meanwhile, the desk lamp has a copper base and a long cylindrical shaft.

IKEA is also aiming to make the technology affordable, with its range of furniture and homeware that features integrated induction charging. 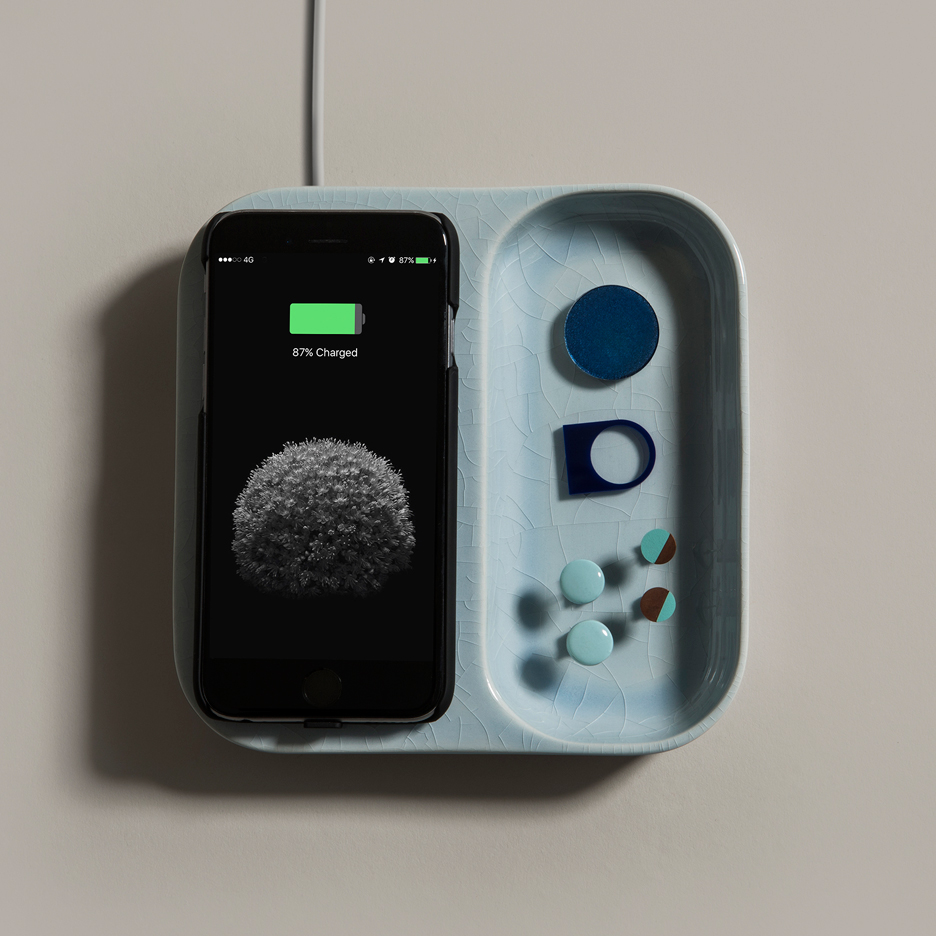