The MIT Technology Review has released a list of technologies it believes will make the most impact over the next 12 months, including smarter cities, genetic fortune telling and "babel fish" earphones.

The Massachusetts Institute of Technology's magazine has published the annual list online in its March/April 2018 issue, and based its contents on the innovations that will shape the coming year.

"What Tech Review looks for when selecting the list is to identify what will have a profound effect on our lives," said a statement from the institution, based in Cambridge, Massachusetts.

The team's choices are based on recently announced projects, products and research, for example, Sidewalk Labs' plans to build a high-tech urban district in Toronto spells a breakthrough in the idea of a "sensing city".

A new technique in artificial intelligence called GANs – which gives machines imagination – could soon be integrated into cloud services to make them cheaper and easier to use, MIT predict. 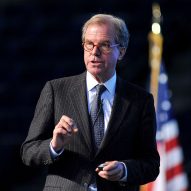 The Technology Review also believes the launch of Google's Pixel Buds, which translate languages in near-real-time, could spark a wave of "babel fish" products that provide similar assistance.

Advances in stem-cell research, genetic studies and clean energy production are among other innovations that feature.

The list also mentions the companies that are pioneering each of the technologies in question, with giants like Google, ​Amazon, JPMorgan Chase and IBM all included.

MIT Technology Review has been predicting breakthrough tech ideas and products since 2001, and the university is renowned for producing its own innovations. Recently announced projects range from plants transformed into lights to "self-healing" sports cars.

Artificial embryos
Scientists have begun to forge embryos out of stem cells.

› Key players: ​University of Cambridge | University of Michigan | Rockefeller University
› Breakthrough​: without using eggs or sperm cells, researchers have made embryo-like structures from stem cells alone, providing a whole new route to creating life.
› Why it matters​: artificial embryos will make it easier for researchers to study the mysterious beginnings of a human life, but they’re stoking new bioethical debates.

› Key players: ​Amazon | Google | Microsoft
› Breakthrough​: cloud-based AI is making the technology cheaper and easier to use.
› Why it matters​: right now, the use of AI is dominated by relatively few companies, but as a cloud-based service, it could be widely available to many more, giving the economy a boost.

Sensing city
Alphabet's Sidewalk Labs plans to create a high-tech district to rethink how we build and run cities.

Duelling neural networks
By playing cat-and-mouse games with data, a pair of AI systems can acquire an imagination.

› Key players: ​Google Brain | DeepMind | Nvidia
› Breakthrough​: two AI systems can spar with each other to create ultra-realistic original images or sounds, something machines have never been able to do before.
› Why it matters​: this gives machines something akin to a sense of imagination, which may help them become less reliant on humans—but also turns them into alarmingly powerful tools for digital fakery.

› Key players: ​8 Rivers Capital | Exelon Generation | CB&I
› Breakthrough​: a power plant efficiently and cheaply captures carbon released by burning natural gas, avoiding greenhouse-gas emissions.
› Why it matters​: around 32 per cent of US electricity is produced with natural gas, accounting for around 30 percent of the power sector carbon emissions.

› Key players: ​Google | Baidu
› Breakthrough​: near-real-time translation now works for a large number of languages and is easy to use.
› Why it matters​: in an increasingly global world, language is still a barrier to communication.

Perfect online privacy
A tool developed for blockchains makes it possible to carry out a digital transaction without revealing any more information than absolutely necessary.

› Key players: ​Zcash | JPMorgan Chase | ING
› Breakthrough​: computer scientists are perfecting a cryptographic tool for proving something without revealing the information underlying the proof.
› Why it matters​: if you need to disclose personal information to get something done online, it will be easier to do so without risking your privacy or exposing yourself to identity theft.

› Key players: ​Helix | 23andMe | Myriad Genetics | UK Blobank | Broad Institute
› Breakthrough​: scientists can now use your genome to predict your chances of getting heart disease or breast cancer, and even your IQ.
› Why it matters​: DNA-based predictions could be the next great public health advance, but they will increase the risks of genetic discrimination. 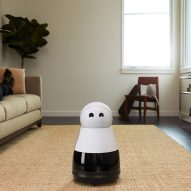 Image is by Derek Brahney.