Umolu's role in overseeing the curatorial programme for the Chicago Architecture Biennial 2019 was revealed today.

She currently holds a leading position at the University of Chicago acting as exhibitions curator for the Reva and David Logan Center for the Arts, lecturing in the humanities division, and devising strategies to bolster the school's architecture, urbanism and contemporary art output.

The curator is also a writer, and visiting speaker and critic at international institutions including London's Bartlett School of Architecture and the University of the Witwatersrand in Johannesburg.

She will become the third artistic director of the Chicago Architecture Biennial, held every two years in the US city to present current architectural designs, project and theories to both industry members and the public.

"I am honoured to be invited to serve as artistic director of the 2019 Chicago Architecture Biennial," said Umolu. "Having my roots in the field of architecture, spatial questions have always been an important consideration of my work with contemporary artists, architects, and urbanists from across the world."

"I am excited to embark on the journey of engaging the city of Chicago and it publics, as well as visitors to Chicago from across the country and around the world, in these conversations," she added. 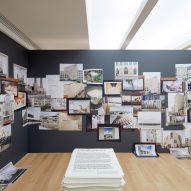 Umolu was chosen from a selection of international candidates by a committee comprising Chicago Architecture Biennial board members, and previous artistic directors Sharon Johnston and Mark Lee.

Her appointment recognises her commitment to Chicago and portfolio of university exhibitions that focus on the built environment. This includes shows titled Kapwani Kiwanga: The sum and its parts; The Land Grant: Forest Law; and The Museum of Non Participation.

"Yesomi is a 'visionary curator' with strong roots in Chicago, and she will work tirelessly to cultivate an incredible cultural, educational, and economic event for the city," said the city's mayor Rahm Emanuel, who made the announcement.

"Umolu's curatorial practice, which boldly, yet elegantly, traverses the fields of art and architecture, makes her uniquely situated for success in this role," added Johnston and Marklee.

"The Biennial is a complex and multifaceted platform for exploring both the history and present-day challenges in the field, and we eagerly await the outcomes of Umolu's curatorial inquiry and exploration."

In 2016, she was awarded a curatorial fellowship from the Andy Warhol Foundation for the Visual Arts.

The Chicago Architecture Biennial was launched in 2015 to establish the city as an epicentre for architectural discourse. Joseph Grima and Sarah Herda teamed up to be artistic directors for the first year, which attracted more than double the attendees of Venice Biennale in the previous year.

Johnston and Lee, the founders of Los Angeles-based architecture studio Johnston Marklee, led the follow-up event in 2017 with a focus on history.

Umolu is now gathering together a team of international curators for the third biennial, which will open to press and professionals from 17 September 2019, and to the general public from 19 September 2019 to 5 January 2020. 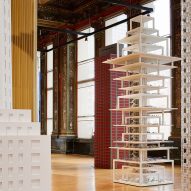