The Architectural Association recently concluded its long search for a new director with an internal election. Eva Franch i Gilabert emerged triumphant with 587 of a possible 1,077 votes.

In her manifesto, Franch painted a picture of an architectural profession in dire straits. "Architects and architecture institutions have become too satisfied with commonplace formulations such as sustainability, participation and bottom-up practices," she argued.

In particular she criticised architectural education, describing it as "in crisis". The AA, she wrote, has the responsibility "to redefine what the education of an architect should be and can be."

It won her the election and the AA is now looking forward to an exciting period of change. But for many tutors elsewhere, it may have felt like yet another swipe at beleaguered architectural teaching. There are few things architects seem to enjoy more than complaining about the state of architectural academia.

Our schools are the punching bags of the industry, taking a pummelling from all sides: Out of touch with practice. Simultaneously too fantastical and too conservative. Fees too high, facilities too few. Nothing seems to set the pulse of the profession racing like pawing over poor old pedagogy.

As a junior editor at the Architectural Review, I once wrote a small critique of architectural education titled Eleven Things to Know Before Starting Architecture School. The piece was mix of practical advice and lighthearted snipes at the absurdities of university. It was parsecs beneath the calibre of heavyweight AR contributors, yet that modest story became the magazine's most read article ever – currently clocking 193,205 hits (the secondmost popular piece has over eight times fewer). When in 2012, the AR published a special issue on education, it doubled their readership that month. Architecture school, especially clobbering it, gets clicks.

Like tinnitus, the constant belittling of our students and teachers has become background noise, spreading negativity that is unfair and unfounded. We blame education for sowing the seeds of poor racial representation in the profession, when in fact intake is massively more diverse in Part-I architecture degrees than across the board nationally (32 per cent versus 13 per cent). We justify the gender disparities of practice by arguing schools are too male, when actually intake is near bang on 50:50 and women are constantly more likely to pass the course than men. Education is taking the heat for failings that are firmly at fault in the wider workplace.

This is of course nothing new – the old always complain about the young. Even Socrates was grumbling about "bad mannered and disrespectful" youth in 400BC. But the scale of admonishment now levelled at architectural educators is getting out of hand, grinding down an already over-worked and under-paid community of tutors who are critical to nourishing wider architectural culture.

Ongoing strikes at many universities over staff working rights highlight the vulnerability of architecture faculties, which with few exceptions are deeply embedded in a marketised higher education system. How long will our unusual, space-hungry method of studio teaching, end-of-year exhibitions and performative crits survive in universities increasingly focused on economic growth above intellectual flourishing?

The relationship between architectural education and mental health has become a particularly charged battleground. I am no stranger to the toxic mix of spiralling depression and unsympathetic university degrees but, in our eagerness to denigrate architectural teaching, we chance making unsubstantiated claims which hurt tutors and put students at risk.

At summer's Association of Architectural Educators conference, one speaker stated that architecture was "the worst degree for mental health". Incredulous, I asked where the stat came from. She couldn't give me an answer, but referred to a 2016 survey of architecture students by The Architects' Journal (AJ), which reported that 52 per cent of respondents had concerns about their mental health.

The survey was a simple online poll, never intended as rigorous scientific research, but was picked up by the Guardian and has since been repeated numerous times as hard fact. Leading commentators have used the 52 per cent figure to berate architectural education and demand dramatic change.

The RIBA has now launched its own survey of mental health in academia with a self-selecting sample, no data quality checks, no control group, no method statement and no clear publication strategy. The mental health crisis is profound and the impulse to investigate is commendable, but bad science is never good news – at worst complicit in spreading hearsay and mental health myths. 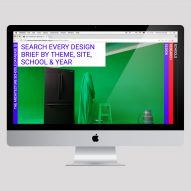 Even if the AJ survey were truly representative, 52 per cent should be seen as positive news when compared to National Union of Students' research across all degrees which found 78 per cent of students experienced mental health issues in the last year. We are told architectural education is making us ill when, if anything, the data suggests the opposite – that studying architecture might help prevent mental health problems. We should certainly investigate the intersection of mental health and architecture, but with a robust scientific process that does not speculate with questionable foregone conclusions.

Of course architecture school has its problems. As a dewy eyed fresher, I remember my head of year gleefully predicting that many of us would drop out. "First years are like foie gras" she declared, "you stuff them until they die". Such macho banter, like all-nighters are as embarrassing as they are unproductive but even the most trenchant critics of architectural teaching must concede it has some precious characteristics worth defending.

On many other university courses you might be lucky to get six hours of lectures a week, the occasional group seminar and a library card. In most architecture schools by contrast, a potent cocktail of making, reading, arguing and imagining adds up to a surprising and expansive education.

Last week the Architecture Foundation launched a searchable database of design and research projects at all architecture schools. It's an ambitious crowd-sourced attempt to highlight and connect studios across institutional barriers. Already 122 unit briefs reflect the astonishing variety of themes under investigation nationally. A picture is emerging of architectural education that is dynamic and buccaneering.

Concluding her manifesto, Franch praised "rigour and madness". Right on! It's this paradoxical balance that makes architecture school richly productive. The naysayers have had the spotlight for too long. It's time to stick up for architectural education before we risk losing it. Quit grumbling – here's to rigour and madness!