B&B Italia has named Armin Broger, a fashion brand manager who has worked for Levi's and Tommy Hilfiger, as its new CEO.

Broger, who has also worked for labels including Diesel and Esprit, will take over from Giorgio Busnelli as head of the prolific Italian furniture company.

His most recent role was as CEO of Dutch fashion house McGregor Fashion Group.

According to B&B Italia, Broger's new role will involve "deploying a growth strategy to evolve the company’s global footprint and build its globally recognised brand portfolio".

Piero Ambrogio Busnelli founded B&B Italia in 1966. He worked with leading designers to launch a range of iconic designs, including Mario Bellini's Le Bambole armchair in 1972 and Antonio Citterio's Sity sofa system in 1987.

In 2002, the Busnelli family sold a majority stake of their capital to private equity fund Opera. Giorgio Busnelli and his brother Emanuele regained control of the company in 2011, but since 2015 it has been under the control of independent investment company Investindustrial. 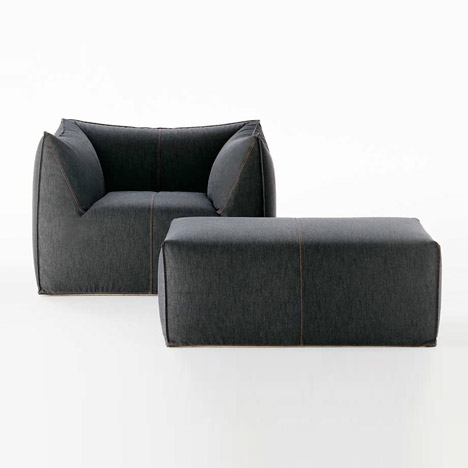 Today, the company has 50 stores around the world and continues to work with leading designers, including Zaha Hadid, Patricia Urquiola and Barber and Osgerby.

In 2016, it celebrated its 50th anniversary with a collection of products by names including Naoto Fukasawa and Doshi Levien.

The company is based in Novedrate in Italy's Como province, in a building designed by architects Richard Rogers and Renzo Piano in 1972.