SCAU has won a competition to design a 20,000-seater football stadium in Yamoussoukro, Ivory Coast, to host matches at the 2021 Africa Nations Cup.

The £50 million Stade de Yamoussoukro, which will be built in Ivory Coast's administrative capital, is one of six stadiums that will host games during the tournament.

The Paris-based architecture firm's proposal sinks three of the four spectator stands into the ground. The west stand, which will be raised on the brow of the hill, will house the stadium's facilities, including the changing rooms food, press facilities and offices.

A single ring-shaped roof will cover the stands and an open air concourse containing catering facilities for fans.

The French firm, which also designed the Stade de France in Paris and the Olympic Stadium Ataturk in Istanbul, recently added a wavy roof as part of their renovation of the Stade Vélodrome in Marseilles.

The architects wanted to build a stadium that was "both monumental and minimalist" and that would give the African country a "strong image" when the games are broadcast. 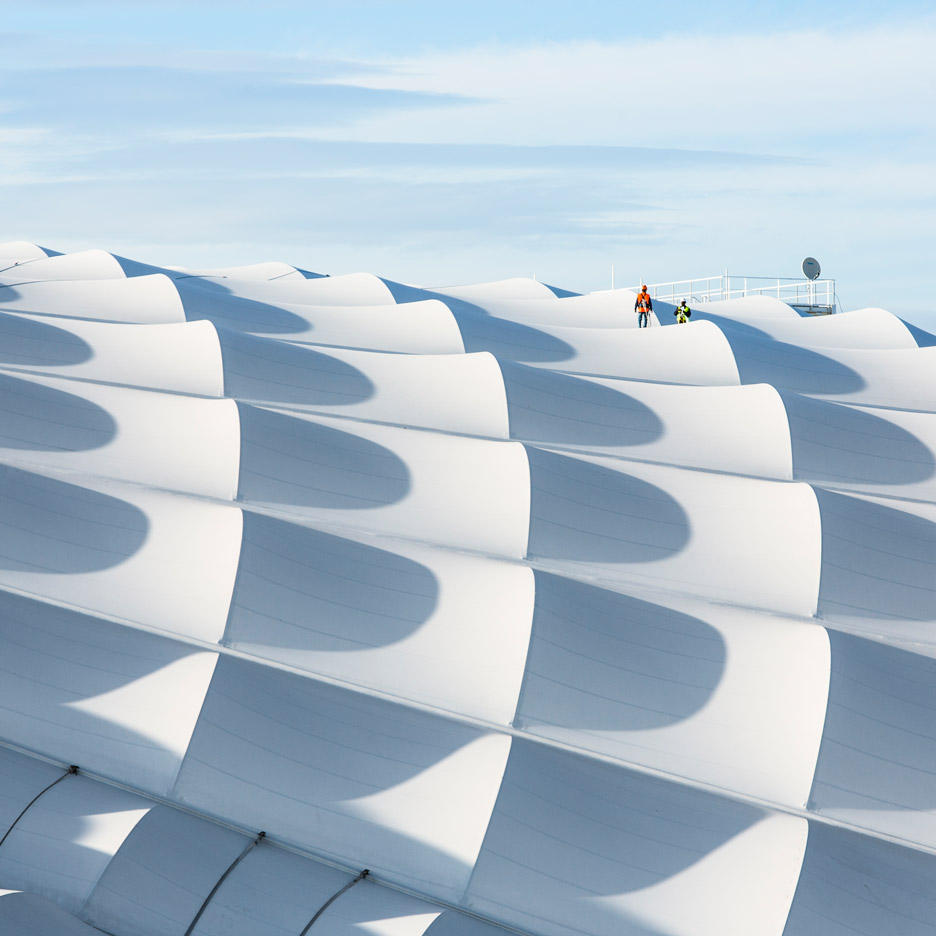 According to the architects embedding the stadium in the ground will mean the venue is low-cost to build and maintain, meaning it will have a life span beyond the Africa Nations Cup.

SCAU worked with construction engineering company Sogea Satom, steel structure experts Baudin Chateauneuf, seating specialists Alcor and engineering group Egis on the proposal. In total there were 45 competition entries from around the world.

Fenwick Iribarren Architects plan to use shipping containers to create a modular stadium in Doha that can be taken apart after the 2022 FIFA World Cup Qatar, while plans for Herzog & de Meuron to redevelop Chelsea FC's football stadium in London are due to go ahead, after the local council blocked an injunction from neighbours.