Italian design studio Pininfarina has completed its first residential project – a luxury tower in São Paulo that aims to bring the "sportiness and elegance" of its car design to architecture.

The project marks a significant step into architecture for the design studio traditionally being known for its transport projects, including its revamp of the Eurostar fleet.

Thetower contains 92 studio apartments, each with a large balcony that curves out from the facade. 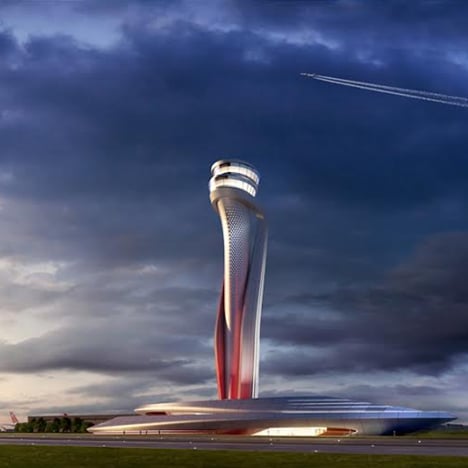 These curved concrete balconies, along with their metallic balustrades, are intended to give the impression that the building has been "sculpted by the wind".

"We took the challenge to translate the dynamism coming from our car design heritage into architecture and Cyrela by Pininfarina perfectly embodies our DNA made of sportiness and elegance," said a statement from Pininfarina.

The ground floor of the building contains a lobby and reception area, while a gym is located on a mezzanine and an outdoor pool is alongside the tower.

"The combination of a strong character coupled with the ability to be harmoniously inserted within the 'Paulistano' lifestyle, representing the genuine Pininfarina style," said Paolo Trevisan, head of design at Pininfarina of America.

Pininfarina is currently working with Cyrela on a second residential tower in São Paulo, which is planned to be complete in 2020. The studio has completed several interior projects and is working with AECOM to design the air traffic control tower at Istanbul New Airport.

The completed tower joins Isay Weinfeld's irregularly stacked tower block, which is nearing completion in the city. Jean Nouvel has also designed another luxury hotel for São Paulo, which will be houses in a 90-metre-tall, plant-covered tower.