Black-painted steel panels give this warehouse by Argentinian architecture firm Moarqs a stark and monotonous appearance.

The Caseros Depot is located on the outskirts of Buenos Aires, on a tight urban lot that is triangular in plan.

Measuring 1,542 square feet (470 square metres) , the building is made from corrugated frames made of laminated steel, which were pre-painted black lending to its stark construction.

Hardly any windows, openings or decorative features result in a minimalist look, heightened even further by the dark colouring.

The building's shape owes to its angular urban plot in Caseros, which is formed by the intersection of six streets.

Local firm Moarqs designed the commercial building in line with local regulations. The rectangular buildings runs along the longest side of the triangle plot, leaving space for a generous courtyard.

This outdoor area on Puan Street is walled-in and accessed from a sliding garage door.

"The warehouse is adjusted to the current regulations on land use that requires 40 per cent of the land to remain free," said the firm.

"In this way, the built volume is developed on Avenue Alvear and frees a triangular courtyard on Puan Street."

Inside, the warehouse has a simple layout, with white walls that contrast with the dark exterior.

A series of small, discrete windows are positioned close to the ceiling, allowing sunlight to brighten and ventilate the space naturally. 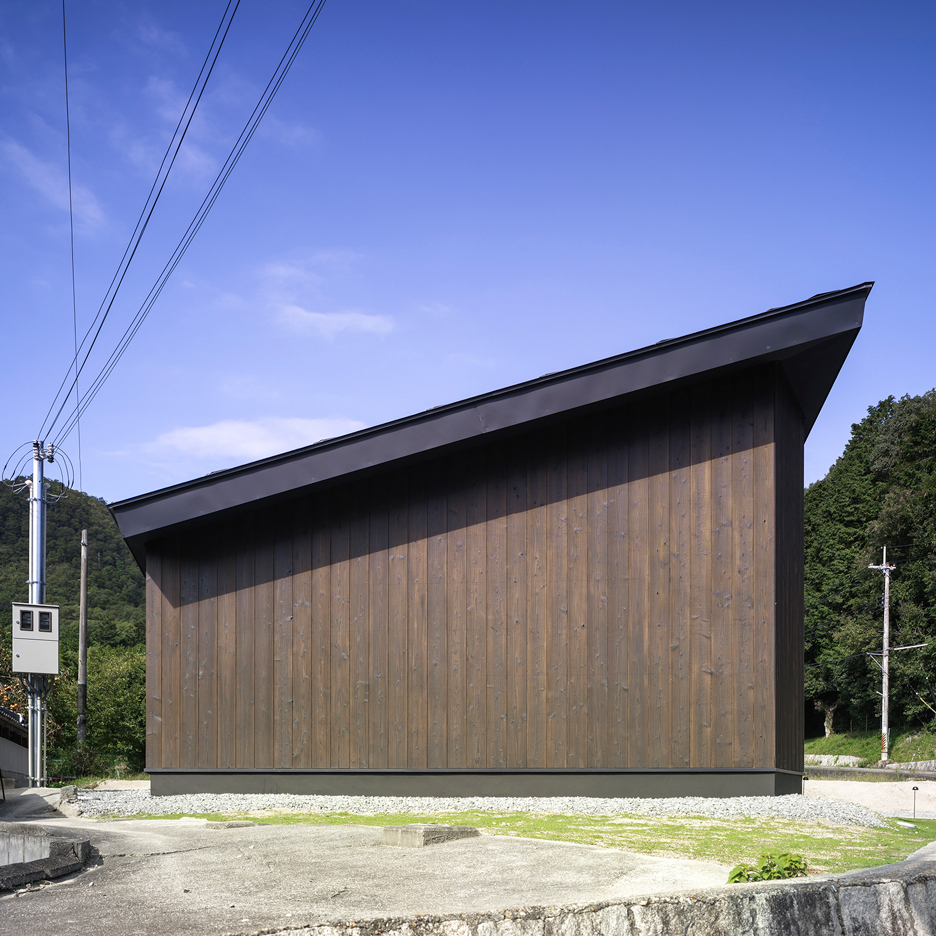 Although mostly rectangular in shape, the warehouse has a slight turn in its floor plan on its cross section. Three porticos rotate on the axis of the structure, enable it to fit into the smallest corner of the property. A garage door lifts to open the space onto the six-street intersection.

On the long facade, two industrial-sized doorways are arranged across from one another. These enable goods and people to flow in and out of the warehouse, and via the adjacent street.

Across the building's gabled pitch are a series of exposed metal poles, which are painted white to blend with the interior.

An industrial white staircase leads up to a cross-bridge that serves as an observation area for the storage space. Nearby are three separate restrooms.

Although warehouses are typically mundane and utilitarian structures, a handful of contemporary industrial buildings demonstrate architectural merit. Examples include a government water operations centre built from interlocking timber planks in Zurich, and a cedar-clad facility at a cemetery in Japan.

Photography is by Albano Garcia unless stated otherwise. 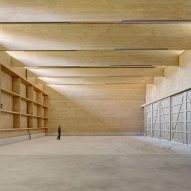