Height restrictions, space standards and rent controls should be scrapped in order to solve the housing crisis, according to Zaha Hadid Architects' principal Patrik Schumacher.

Instead, market forces should be allowed to determine where and what type of housing is built, the architect argues.

Schumacher sets out his thinking in an essay written for free-market think-tank the Adam Smith Institute, titled "Only capitalism can solve the housing crisis".

Housing provision suffers from too much rather than too little state control, the architect claims, arguing that housing provision operates under "quasi-socialist" rules, which prevent market-driven solutions from emerging.

"Why are we suffering a housing shortage while nobody has to worry about a banana shortage, a bicycle crisis, or an automobile shortage?" he asks, adding that socialist countries suffer from all these maladies.

"The explanation is that the housing market, in contrast to the bicycle market, is highly politicised."

He adds: "Since urban development is currently operating under the impositions of a quasi-socialist regime, a decisive shift towards an unencumbered free market system would indeed be revolutionary." 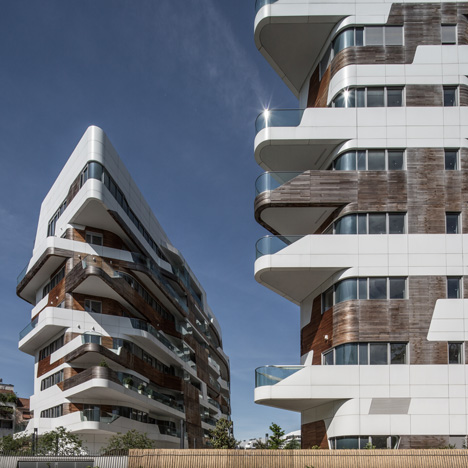 The essay marks the latest provocative intervention in the housing debate by Schumacher following his infamous 2016 lecture, in which he called for the scrapping of social housing and the abolition of public space.

In his latest article, Schumacher argues that density, height and zoning restrictions should all be swept away in order to free up the supply of housing. "The housing affordability crisis is due to supply restrictions," he writes. "There are far too many restrictions on land use."

Space standards should be scrapped

The restrictive and reactionary planning system should be replaced with a self-regulation, overseen by property owners, he argues: "I suggest that an organised association of property owners should set regulations."

Space standards should likewise be abolished and replaced with market-driven solutions. "Currently studio flats below 38 square metres are not permitted," he argues. "Yet, units half that size, built at an earlier time, are rare and thus at the moment overpriced, hotly desired commodities, for rent or for sale.

"Lifting this prohibition would allow a whole new (lower) income group, which is now excluded, to enter the market."

Initiatives to boost "affordable" housing provision on developments in cities like London have a detrimental effect, Schumacher claims.

He attacks London mayor Sadiq Khan's desire to increase the number of subsidised units in large developments, arguing that this "creates a vicious interventionist spiral" and artificially keeps key workers' salaries low, while making the market-rate homes that have to subsidise the affordable quota even more expensive. 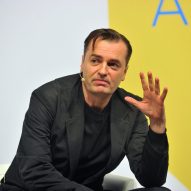 "We need more Schumachers prepared to shake up consensus thinking"

"By subsidising the residences of privately employed 'key workers' we only allow their salaries to be lowered, thus benefiting those who use their services," Schumacher writes. "This might often be people who could, would and should pay more for these services."

Schumacher is principal at Zaha Hadid Architects, and has led the firm since the death of founder Zaha Hadid in 2016. The practice was placed at number seven on the latest Dezeen Hot List of the most newsworthy forces in world design.