Billionaire entrepreneur Elon Musk has announced plans to turn dirt excavated by his tunnel-digging enterprise the Boring Company into a cheap building material.

Musk, the founder of Tesla and SpaceX, plans to use the earth removed from creating a subterranean transport system in California to create bricks for low-cost housing.

A spokesperson for the Boring Company confirmed to Bloomberg that "excavated muck" from the tunnels would be used to make "an insane amount of bricks".

Musk's plans came to light when he hit back at Twitter users suggesting his latest business plan to start "a candy company" was ignoring the bigger issues facing society.

.@elonmusk out there really engaging with the important ideas. pic.twitter.com/1rRCKEpsQX

"The Boring Company will be using dirt from tunnel digging to create bricks for low cost housing," he tweeted on Monday, in a reply to podcaster Cody Johnston mocking Musk's confectionary empire idea.

"[email protected] out there really engaging with the important ideas," said Johnston, with screenshots of a tweet from another user asking why Musk was not investing his fortune in the affordable housing market instead of sweets.

I'm starting a candy company & it's going to be amazing

"Your solution for affordable housing is selling dirt to poor people?" Johnston retaliated.

Musk has form when it comes to turning his Tweets into reality. While stuck in LA gridlock in 2016, he tweeted: "Traffic is driving me nuts. Am going to build a tunnel boring machine and just start digging . . ." before swiftly founding the Boring Company.

Traffic is driving me nuts. Am going to build a tunnel boring machine and just start digging...

Musk's plan is to build a private mass transport system of cars on electric skates in the tunnels, which could shuttle users under the city at speeds of 130 miles per hour.

Earlier this year he faced a backlash for comments he made at a conference denigrating public transport, which he called "a pain in the ass" and full of strangers that "might be a serial killer". 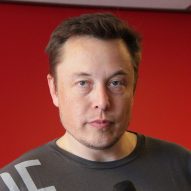 According to analysis by American business magazine Fast Company, the test tunnel that is currently being built by the Boring Company will conveniently run between Space X headquarters to the Bel-Air enclave where Musk owns five properties, presumably providing him with the first traffic and general public-free commute.

In order to fund the venture, Musk has released sell-out runs of novelty items. In December 2017 he sold 50,000 black caps emblazoned with the Boring Company logo, reportedly raising $1 million (£739,000).

New Boring Company merch coming soon. Lifesize LEGO-like interlocking bricks made from tunneling rock that you can use to create sculptures & buildings. Rated for California seismic loads, so super strong, but bored in the middle, like an aircraft wing spar, so not heavy.

He has also earmarked another by-product of his drilling programme for merchandise purposes. In March of this year he announced to Twitter that he would be selling "Lifesize (sic) LEGO-like interlocking bricks made from tunneling rock" that could be used for sculptures and buildings.

The rock bricks, he elaborated, would be strong but bored in the middle to make them light and earthquake-proof, with the first kit tipped to be themed around Ancient Egypt.

In February, the Boring Company got the go-ahead to start digging a tunnel between Washington DC and New York City that could facilitate a Hyperloop transport link – the high-speed transportation system Musk is best known for inventing.