Mirrored glass and sliced logs form the facades of these prefabricated guest suites designed by MAPA, which are dotted across a vast vineyard in Maldonado, Uruguay.

The hotel suites stand on the 101-hectare Sacromonte vineyard, which is set within a valley of of dense grassland crossed by streams.

MAPA, which has offices in Uruguay and Brazil, became involved in the design of The Sacromonte Landscape Hotel after it was approached by a local land owner wanting to create a project that "combined hospitality, productive land, architecture, and landscape".

The hotel comprises 13 cabins placed at various points throughout the site so that guests can enjoy unique perspectives of the verdant surroundings. Four of these are already in situ, while another nine are currently in production.

"[The hotel] substitutes the concept of contiguous rooms with exclusive cabins scattered through the landscape," explained the practice in a statement.

Each steel-frame cabin was assembled over a period of 10 weeks in a factory in the country's capital, Montevideo, before being transported 200 kilometres to the site. 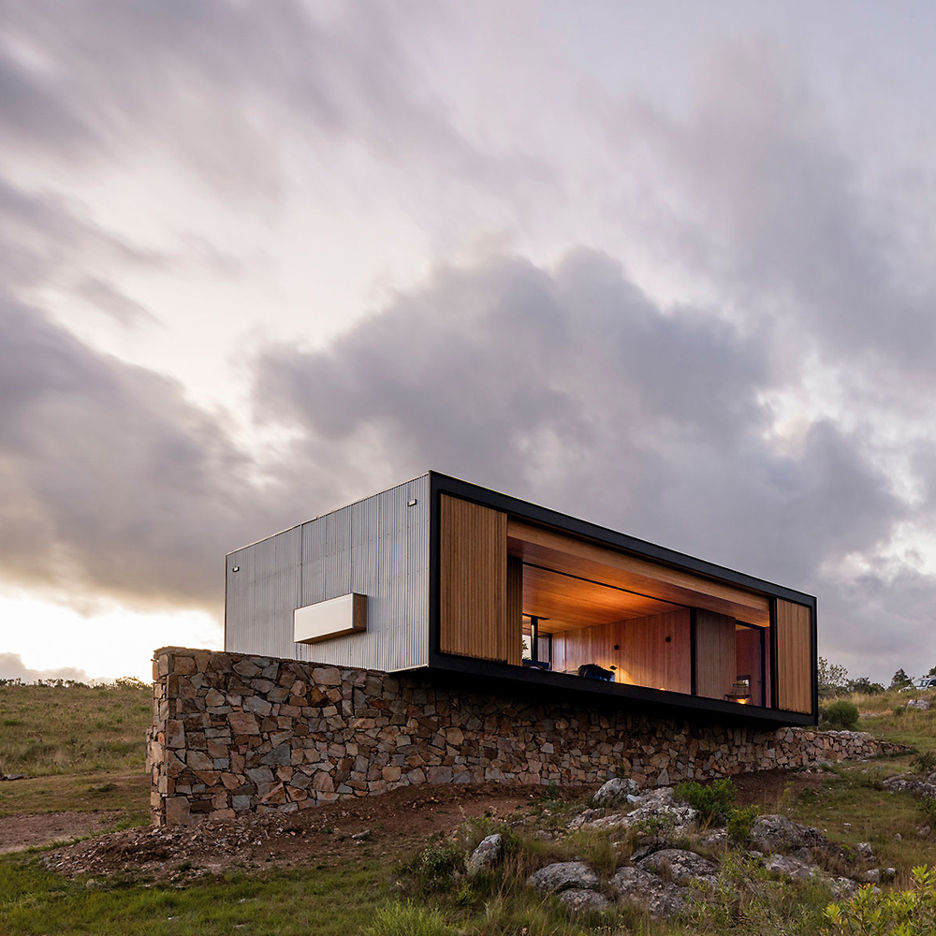 This is not the first instance MAPA has made use of prefabrication building methods – the practice previously placed a pair of factory-made guesthouses on a historic coffee plantation in Brazil, and has erected a prefab dwelling on a Uruguayan olive grove.

While the cabin's front elevation has been crafted from mirrored glass, its rear facade is built from stacked logs meant to emulate the appearance of woodpiles typically found in rural settings. The stone bases that support the structures are erected on site, shaped to suit each cabin's specific plot of land.

Roofs have also been covered with camouflaging greenery, and peripheral walls feature slatted timber screens that can be slid back to make more of the vistas.

Internally the 60-square-metre suites will be completed with a cosy reading nook, fireplace, and a living area that faces directly onto the landscape. The site will also play host to a restaurant, hilltop wine tasting terrace and a pitched, open-air chapel.