Virgin Hyperloop One and BIG have revealed videos demonstrating how hyperloop passengers will have the illusion they are travelling in a transparent tube (video contains flashing images).

The high-speed transportation system's tubes will feature small circular windows that work in the style of a zoetrope — a device popular in the 19th century, which creates the illusion of motion.

When hyperloop pods move at fast enough speeds views through the windows will merge to create the impression of a continuous view.

How slotted ‘zoetrope’ windows could turn both sides of a hyperloop tube transparent, allowing views outside the pod. #BiennaleArchitettura2018 @BjarkeIngels pic.twitter.com/2aGGnMJgqv

"How slotted 'zoetrope' windows could turn both sides of a hyperloop tube transparent, allowing views outside the pod," explained Giegel in the tweet.

The system would see the hyperloop tube dotted with small circular portholes spaced 10 metres apart. When the hyperloop pod inside travels at low speed, it's hard to appreciate the view, which only briefly interrupts the darkness. However, as the pod speeds up, the windows blend together, allowing longer glimpses of the environment outside.

At top speeds above 680 miles per hour (1,100 kilometres per hour), the tube walls melt away altogether, creating an uninterrupted panorama. 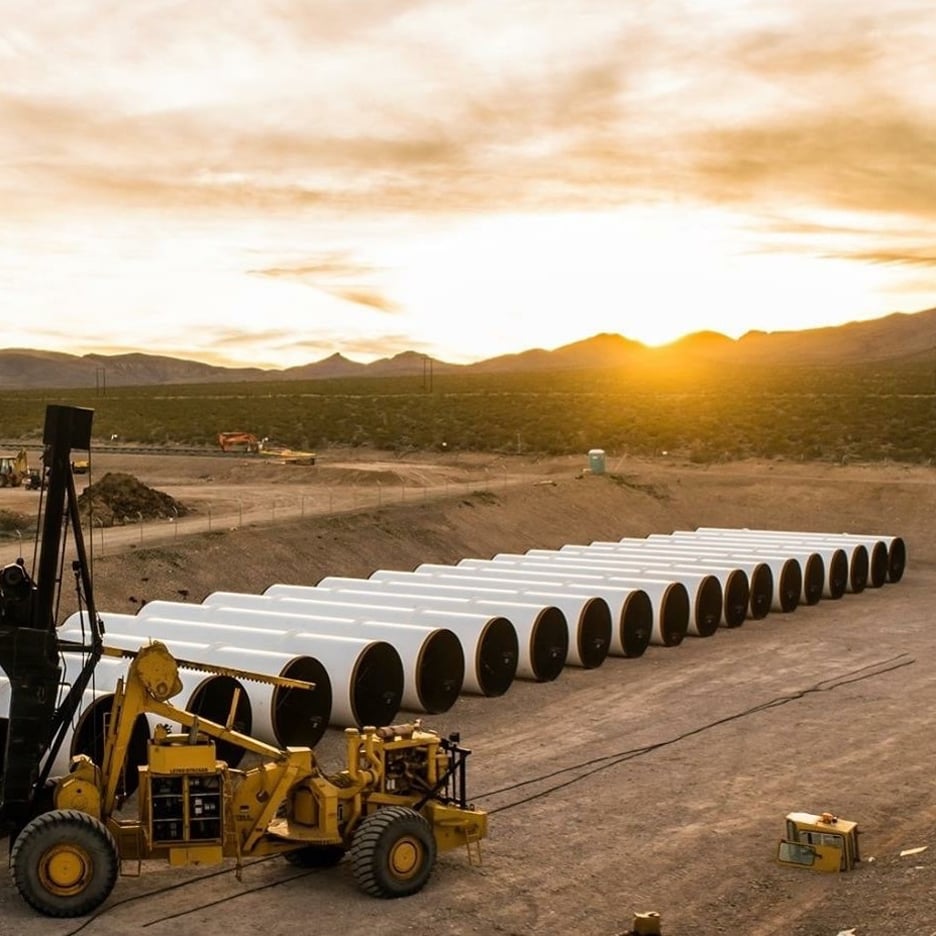 The zoetrope windows provide a possible rebuttal to hyperloop critics who argue that passengers would not embrace the idea of travelling at high speeds through dark and claustrophobic tubes.

Virgin Hyperloop One has not confirmed whether the windows will feature in its first fully realised system, which is being designed by the BIG. The studio's designs are currently on display within the Danish pavilion at the architecture biennale in Venice.

Launching the designs in 2016, Ingels described Hyperloop One as "collective commuting with individual freedom at near supersonic speed."

Virgin Hyperloop One aims to have three systems in service by 2021, with Estonia, India and the United Arab Emirates among the potential locations.

The concept for a form of high-speed travel within reduced-pressure tubes was first proposed by entrepreneur Elon Musk in 2013 and developed at his companies Tesla and SpaceX.

Musk made these designs open-source, and they have been picked up and honed by a number of companies since. Hyperloop One — which was renamed Virgin Hyperloop One late in 2017 after a major investment from Richard Branson — is one front runner in the race to bring a version of the concept to fruition.

In 2016, the company revealed designs for a Hyperloop system connecting Dubai and Abu Dhabi in 12 minutes, and designs for its cabin interiors were revealed earlier this year. 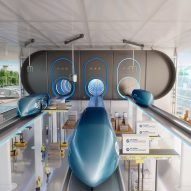 The company has an ongoing partnership with the Dubai Roads and Transport Authority to explore the development of a Hyperloop network there. It has also developed a cargo-focused version of the Hyperloop concept, dubbed DP World Cargospeed, together with architects Foster + Partners.