The virtual world is indistinguishable from reality in the devices of Finnish company Varjo, which has demonstrated a mixed-reality headset with human-eye resolution.

Varjo's headset delivers ultra-high-resolution graphics and video through its Bionic Display — a screen that mimics the workings of the human eye by prioritising the quality of image where the wearer is focusing.

Varjo first revealed the technology in its virtual-reality headset in late 2017 and has now demonstrated a mixed-reality add-on that the company says will be available in early 2019.

This device mixes virtual reality with a real-time cinema-quality video stream captured by cameras on the headset, allowing users to interact with both the world in front of them and the virtual world at the same time.

"We have reached a significant milestone for Varjo's immersive computing platform where real and digital worlds become one," said Varjo CEO and founder Urho Konttori.

"Our patented human-eye resolution hardware and software transform mixed reality from a curiosity into a revolutionary professional tool." 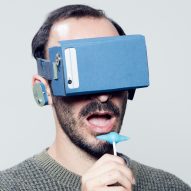 Helsinki-based Varjo was founded in 2016 and took 18 months to develop its Bionic Display prototype. The device offers a workaround for resolution problems with current VR headsets, where users see a pixelated image as the graphics are stretched across a wide field of view.

It would take an immense amount of processing power to render the whole field of view with a high enough density of pixels that the virtual world appears crystal clear to the human eye, without lagging.

Varjo sidesteps this requirement by using multiple displays. Only the area that is in the wearer's direct line of sight has the most high-resolution display, with the headset using eye-tracking to adapt the screen configuration as the person looks up, down and side to side.

This mimics the natural workings of the human eye, where only the subject of our gaze is in focus and the peripheries are blurred. As such, users shouldn't be disappointed by the lower-resolution display elsewhere in their field of view. Even text is readable through Varjo's Bionic Display.

The technology is a major new tool for many professional industries, including architecture and design, where it offers the opportunity to visualise or directly design in 3D.

Varjo's chief design officer Roope Rainisto told Dezeen that a key benefit from using the company's technology would come from being able to communicate more clearly with clients, speeding up that part of the design process.

"Clients and stakeholders know what they want, but they're not as good as designers in imagining from imperfect models — they need to see the work completely in order to give good feedback," he said. "Our technology finally makes this possible."

"With our Bionic Display technology and the performance of high-end computers you can see every nut and bolt of a model, or to view textures and surfaces in full detail and realism. It is the smallest details that are extremely important — how a given surface looks at a given date and time from a certain angle."

Varjo's VR headset is scheduled to launch at the end of this year, with the mixed-reality add-on coming in early 2019. The headset will compete against an increasingly crowded market of products like Oculus Rift, Microsoft HoloLens and HTC Vive.