This kit by Royal College of Art graduate Heeju Kim uses sweets to recreate the tongue-tying experience of living with autism.Kim created three tools and a mobile application as part of the project, which is titled An Empathy Bridge for Autism.

A set of six awkwardly shaped lollipops and candies impede tongue movement in various ways. They make it hard for users to hold a conversation, conveying how unclear pronunciation has an impact on autistic individuals.

An augmented-reality headset is worn over the eyes and connects to a smartphone to alter the user's perception of what's in front of them. It restricts the view of their periphery, gives them double vision or obscures their focus with a patch of black.

Meanwhile, oversensitive hearing is simulated with a pair of headphones that amplify nearby sound.

"Every noise and sound are magnified, distorted and muddled so that it is very hard to make a conversation while using the tool," the designer explained. "People with autism are sometimes unable to block out background noise."

Kim has a younger brother with autism, which prompted her to investigate ways of increasing understanding around the condition.

She purposefully used low-cost materials as a way of making the kit easier to produce and share with a wider audience – and designed pieces in low-arousal colours favoured by people with autism.

"The empathy and understanding of others mean the world to people who have autism and to their families," she said. "A minute of your time can bring remarkable changes to the lives of others." 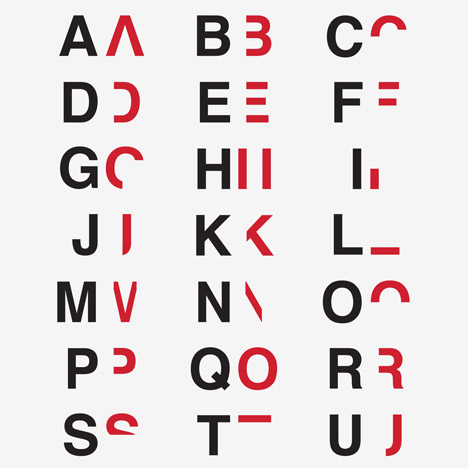 Dan Britton's typeface recreates the frustration of reading with dyslexia

Designer Dan Britton used only graphic design to simulate the challenges faced by people with dyslexia, creating a typeface that was intentionally difficult to read.