The charm of Charleston is pulling architects and designers from New York City and beyond, who are revitalising the southern city's historic buildings while developing a contemporary local style.

Creatives working in the South Carolina port city have noticed a design community begin to flourish there, thanks to its character and affordability.

"It's a small city with a ton of talented people flocking to it all the time," Helen Rice, co-founder and creative director of branding agency Fuzzco, told Dezeen.

"The city is full of beautiful historic structures, so inspiration is everywhere you look," she added. "With so many new people moving here the city is evolving quickly. The demand for development has created a good amount of work for architects and designers."

Founded in 1670, Charleston has a plethora of Colonial-era architecture that has been preserved, or at least not torn down, providing bases for designers to overhaul and refresh in their own styles.

"The city of Charleston doesn't allow you to tear down historic structures, so you have to renovate the existing buildings," said Rice. "It's incredibly complicated but incredibly fulfilling to repair and preserve something with so much history."

Design studios drawn to Charleston from across the US

Among the studios working on such projects is Workstead, which was founded in New York City, but opened an office in Charleston three years ago after recognising its potential.

"Our team felt it was important to grab a hold of this growth opportunity and explore," said co-founders Stefanie Brechbuehler, Robert Highsmith and Ryan Mahoney, who have noticed a significant shift in the city's creative scene since they began working there.

"Charleston feels quite different than it did even five or 10 years ago, particularly in terms of its openness to modern design," the duo told Dezeen. "Many of our friends and colleagues live in beautiful old houses – their historic bones are complimented with a modern sensibility. It's an intriguing balance of new and old."

The southern city is teeming with colourful houses along cobblestone streets and is uniquely positioned on a sheltered harbour, where several rivers meet the Atlantic Ocean. The mix of architectural styles includes Georgian, Federal and Italianate to name but a few, creating an eclectic cityscape.

Historic preservation is a major part of the city's identity. Founded in 1920, The Preservation Society of Charleston is the oldest community-based organisation of its kind in the US.

One of the draws of working in Charleston, according to Workstead, is the opportunity to transform the old buildings using a modern yet sensitive approach, like the studio has done during the renovation of a rowhouse built in 1853 and the refurbishment of a traditional Carriage House.

"The respect for history, coupled with the emerging creative class, has generated an exciting and unique design culture in Charleston," Brechbuehler and Highsmith said. "Our 'southern modernism' chapter has been a great way to stretch our legs creatively."

Design duo Kate and Ben Towill of Basic Projects similarly moved to Charleston after practising for 10 years in New York City. The couple was impressed by the city's charm and potential, as well as its relatively slow pace of life, compared to larger design hubs elsewhere in the country.

"We were looking for a slightly slower pace, and to spend more time outdoors and living our life," Kate said. "After a visit to Charleston for a then-project Ben decided to pursue, we decided to make the move from the big city. It's a great place to live and work."

The Towills have since completed projects in the area that include the overhaul of a local restaurant – which they now own and run themselves – and the refurbishment of a run-down house on Sullivan's Island, an area at the mouth of Charleston's harbour.

"When we are doing a historic renovation, we always let the building and its raw original details direct the design," said Kate. "This is what we base our business Basic Projects on: stripping everything back to its most basic elements – usually the most beautiful."

The influx of creatives from other parts of the US has resulted in a burgeoning pool of like-minded people that are able to work together, according to designer Courtney Rowson. 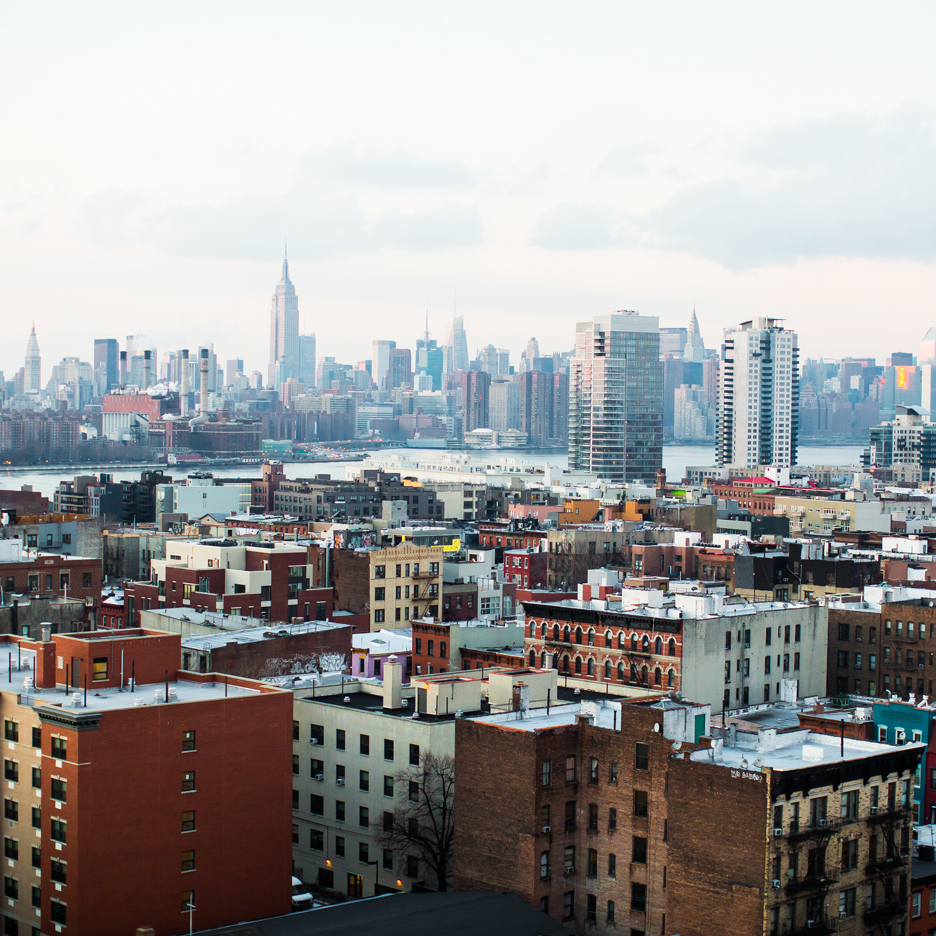 "The supportive community and entrepreneurial spirit that exists here made Charleston a natural fit to start a studio," said Rowson, who is the founder and creative director of Stitch Design Co (SDCO) – a multi-disciplinary studio of designers, developers and thinkers. "Additionally, the quality of life that is possible here, as well as the historic and architectural significance of the city, make this a very inspiring place."

The city's general affordability compared to other design hubs like New York and Los Angeles has also proved, for many, too tempting to pass up.

"It's a little cheaper overall," said designer Alexandra Maisch of Mai-Dai who, like Basic Projects, moved to Charleston after living in Brooklyn for many years. "I was ready for a complete lifestyle change," she told Dezeen.

"I think Charleston is all about quality over quantity," Maisch continued. "It is a small downtown and is filled with local independent businesses rather than big corporate companies. There is a strong sense of pride to preserve this beautiful place and support the local businesses."

All of these designers and studios have been able to carve out a niche for themselves in Charleston, whether working with its rich heritage or running their studios in line with city's small-town sensibility.

Those working on architecture and interior projects share a respect for the city's existing architecture and an ability to work within its restraints, creating spaces that feel appropriate yet contemporary.

The fact that they are all able to do this at a relaxed pace, and without severe financial restraints, signals that many more are likely to fall for the southern charm and join them in Charleston.