The Creative Industries Federation has issued a guide to help creative businesses prepare for the UK to leave the EU next year, as "the threat of a no-deal Brexit is now becoming an actual possibility".

The six-page guide urges planning on visas, trade, funding, intellectual property and data transfers, in the event that the UK fails to establish a formal agreement with the European Union ahead of its separation on 31 March 2019. It also suggests that businesses consider establishing a presence in Europe.

Authored in partnership with city law firm Bates Wells Braithwaite, the document was emailed to members in a newsletter and is now permanently available on the members' portal of the Creative Industries Federation's website.

It warns that UK businesses will face substantial restrictions and costs when bringing in EU talent, and less flexibility to hire freelancers if the UK leaves the EU without a deal. They should also plan for delays and higher costs when trading goods and services if we revert to a system of customs checks and tariffs, it says.

Creative industries are additionally advised to prepare to lose access to EU funding, as well as private European funding sources, if the UK becomes a less attractive prospect for investors says the guide.

The guide draws on research commissioned by the federation, which found that 21 per cent of respondents would consider moving part, or all of their operations, abroad in the event of the UK exiting the EU without a deal.

In a separate survey of 250 creative enterprises, the federation found that three quarters of respondents employed EU nationals, and 66 per cent of those surveyed said that they could not fill these positions with British workers. 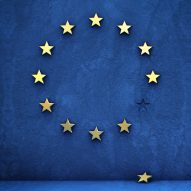 Although setting up a base in the EU after Brexit would be beneficial for some businesses, this will not be an option for many, as the average size of a company in the creative sector in the UK is 3.3 people.

"For the majority of small or medium enterprises, which make up the most significant portion of the creative industries, setting up a subsidiary somewhere else is simply not an option," said Alan Bishop, chief executive of the federation as of July this year.

Research by the federation included in the guide suggests that businesses fear finding talent will be harder after Brexit.

"Securing talent is the biggest challenge facing the creative sector today and restricting immigration will make this even more difficult," said John Kampfner, the former chief executive of the Creative Industries Federation.

"Many creative business are highly mobile and if they are not able to access the workers they need, the risk is they will relocate to places where they can," he continued.

The research stressed the impact that a no-deal Brexit would have on the creative industries' ability to fill key roles. In total, 74 per cent of the companies questioned said that restricting immigration would limit their capacity to do business.

Status of non-EU nationals after Brexit is unclear

The guide reminds members that the March 2018 agreement included a transitional period from 29 March 2019 to the end of December 2020.

This would mean that creative workers such as architects, craftspeople and technicians entering the UK during the transition period would be afforded the same rights and guarantees as those arriving before 29 March 2019. 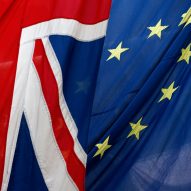 However, no deal "could well mean no transitional period and no future preferential treatment." If no agreement is ratified the free movement of EU creatives into the UK would stop after 29 March 2019.

In 2016, 25 per cent of architects were non-UK EU citizens, as were 30 per cent of people working in visual effects.

No deal Brexit "still unlikely" as not in UK interest

The guide finishes by stating that, although a no-deal Brexit is a growing possibility, it still remains unlikely as it would not be beneficial to anyone.

"Despite the claims from certain media outlets and the government recommendations to stockpile food supplies, the chances of a 'no-deal Brexit' are still relatively remote," it states. "Most, save the most ardent of Brexit supporters, agree that a split without a divorce bill would be disastrous."

The creative industries are the fastest growing part of the UK economy. In 2016, the sector contributed £91.8 billion gross value added (GVA), making it larger than the automotive, life sciences, aerospace, oil and gas sectors combined.

The Creative Industries Federation was founded in 2014 by Sir John Sorrell to champion and advise the UK creative sector. Its membership includes more than 1,000 organisations, and through these more than 10,000 individuals.