Attorney Ron Austin is threatening to sue the non-profit Make it Right foundation, which the celebrity founded in 2006 to rehouse people who lost their homes when Hurricane Katrina destroyed the city's Lower 9th Ward.

But Austin claims that his clients, who live in the houses, have complained of a multitude of problems that Make it Right has yet to rectify.

"Essentially, Make It Right was making a lot of promises to come back and fix the homes that they initially sold these people and have failed to do so," Austin told New Orleans news station WWL-TV, in a report published on 29 August 2018.

Among these residents is Neal Dupar, who bought one of the Make it Right homes with $200,000 of insurance money, and has cited a number of problems with his home.

"A lot of maintenance with the porch, the steps, the rough, the inside, with the termites getting to the inside of the house," he told WWL-TV. "It's going downhill right now."

Make it Right sent an inspector to investigate Dupar's complaints, but are still to make a follow up, according to the local TV channel. Other reports claim that six more homeowners were complaining of their homes "falling apart", with issues like water leaks, black mould and foundation issues. 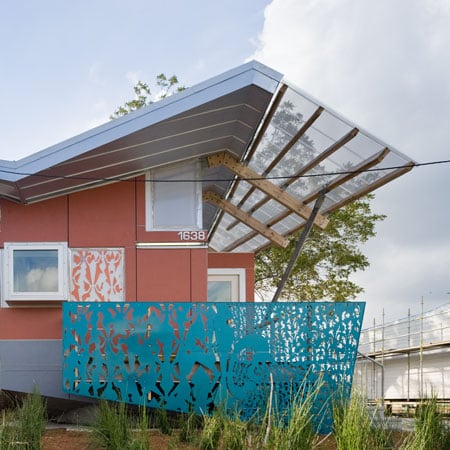 Float House by Morphosis for Make it Right

Some residents did defend the company. One recalled a porch that had been repaired, while another said the company spent $10,000 (7,748) in fixes, which included replacing an air-conditioning unit.

Dezeen has contacted Make it Right, but is yet to receive a response.

Make it Right defended by some homeowners

The company was launched by Pitt, American designer William McDonough and firm Graft Architects, with the aim to construct 150 sustainable and affordable houses in the area devastated by Hurricane Katrina in August 2005.

A mixture of local New Orleans architects, US firms and international companies contributed designs to the project – all of which were intended to be ecologically responsible, safe, affordable and have a high quality of design. 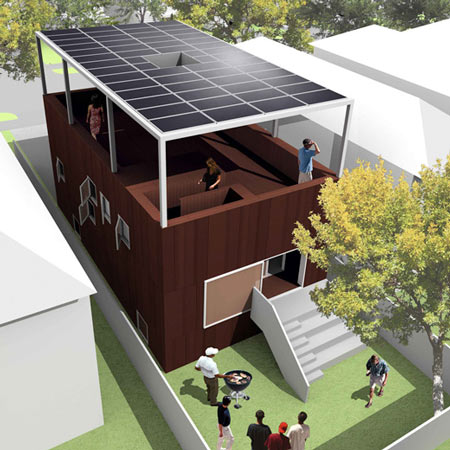 Housing for New Orleans by David Adjaye, Morphosis, MVRDV, Shigeru Ban and others

Designs in the scheme draw on traditional New Orleans housing types such as the Shotgun, the Camelback and the Creole Cottage. They aim to meet targets for safety in the area, as well as the "cradle-to-cradle" principle – a holistic design approach that tries to protect and enrich ecosystems by using efficient and waste-free production cycles.

Among the projects are a Gehry-designed staggered duplex, a "floating house" by American studio Morphosis, an elevated property by Los Angeles' Atelier Hitoshi Abe, and a residence with a faceted roof by Pugh + Scarpa. Berlin firm GRAFT and Dutch studio MVRDV also contributed to the project.