Nike's research laboratory has developed a vest to cool an athlete's body in less than five minutes, which tennis player Rafael Nadal has used in practice sessions during this year's US Open.

Nike Sport Research Lab's zip-up white vest features four large pouches – two on the front and the back, inside which four "cooling packs" slot inside.

These are described by the brand as "capable of quickly reducing body temperature — sometimes within only two to three minutes", much like a gel pouch that creates a cooling effect due to a chemical reaction.

Nadal and fellow professional tennis player Maria Sharapova wore prototypes of the garment earlier this week while practicing for the quarter finals of the US Open Tennis Championships, currently taking place in New York's Queens.

The city has experienced temperatures reaching highs of 95 degrees Fahrenheit (35 degrees Celsius) and nearly 50 per cent humidity during the tournament, providing an ideal opportunity for the athletes to test the design.

"Anything that can help with this heat is a benefit," said Nadal in a statement. "We typically use wet towels to stay cool, but this vest gives me relief in all the places I need it."

"Every area of the vest was designed with players in mind," he added. Nike Sport Research Lab started developing the garment for its NikeCourt tennis collection with a series of tests, measuring the correlation between an athlete's body temperature and their performance.

"Nike researchers found that roughly 25 percent of energy used during exercise goes toward moving muscle, and the remaining 75 percent becomes heat that increases body temperature," said the brand. "This can hinder athletic performance, both physically and in an athlete's mind."

The vest's cooling action is intended to kick in during intense periods of exercise. But the packs can also be removed so that the clothing is "lightweight and form-fitting", and suited for less strenuous activity in warm-ups, and rests between and during games.

For this year's US Open, which began 27 August and runs until 9 September 2018, Nike also teamed up with fashion designed Virgil Abloh to create a kit for Serena Williams.

The tutu-style outfit provided an alternative to the Nike-designed black catsuit that Williams wore at the French Open earlier this year. The garment has since been banned from future events by the French Tennis Federation for going "too far".

But Williams' clothing drama is just a snippet of the controversy that has surrounded the sports brand this summer. Last month, Nike removed a balaclava from sale just over a month after its release, following criticisms that the design enforces racial profiling and glamorises violence. 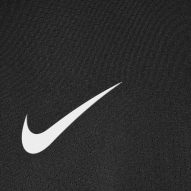 Then earlier this week, the Oregon-based company released a new campaign starring Colin Kaepernick – an American football player who controversially protested racial injustice in the US by kneeling during the national anthem at the start of the match.

While many have applauded the brand for including Kaepernick, the move has also incited anger among those who believed the sports player's protest disrespected the military and the American flag. Responses have included burning shoes and cutting Nike's "swoosh" symbol from clothing.

US President Trump also waded in on the debate on his Twitter account, where he described Nike as "absolutely killed with anger and boycott".